Emergency rooms across the metro are seeing a "dramatic uptick" in patients, leading to longer wait times for people seeking care.

Tara Flaherty said she recently waited four hours at an emergency room in Chaska with her 2½-year-old son who had bronchitis, a double ear infection and a 103-degree fever.

"We just sat there waiting, waiting. I think I went up to the desk maybe three different times to ask how much longer we would be waiting for," Flaherty said. "And it was like a constant stream of people coming in behind us. Two other families just said, ‘We’ll come back tomorrow. Hopefully, it won’t be as busy.’ And then they just left."

Many hospital systems in the metro confirmed to 5 EYEWITNESS NEWS that they’re dealing with a spike in emergency room visits.

"Since about April, across the metro, it’s like the light switched on and we’ve just seen dramatically increased volume," said Erik Johnson, the emergency department patient care director at Allina Health’s United Hospital in St. Paul. "Very often we have all 38 beds fully caring for patients, both from ambulances and from our waiting room. We tend to be fuller sooner in the day and then longer into the day and into the night." 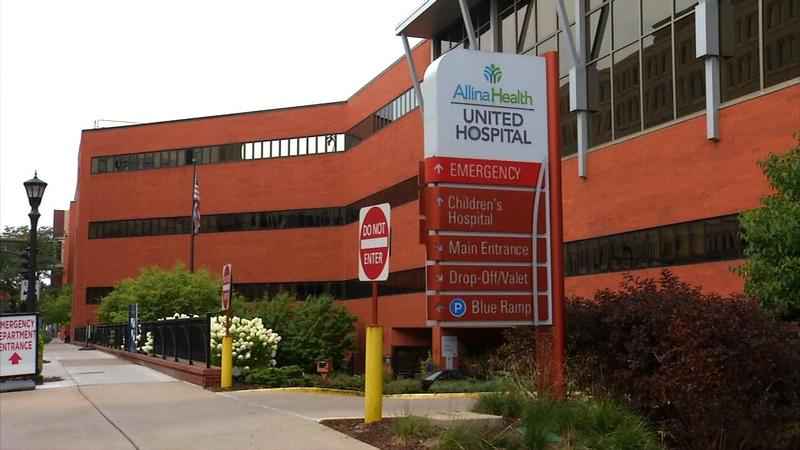 Children’s Minnesota said their emergency departments have seen a 15% increase this summer, up to a 20% increase this week. They said those visits are due to typical summer injuries and illnesses, along with an atypical increase in viruses typically seen in the winter, such as respiratory syncytial virus (RSV).

A spokesperson said, "Children’s Minnesota ensures that if a child is very ill or injured, they will be seen and evaluated in a prompt manner despite the atypical increased volumes we are currently experiencing."

HealthPartners also noted high volumes at some of their emergency departments.

Johnson said he believes the recent spike is due to several factors, such as people skipping health screenings during the pandemic, leading to issues now that could’ve been prevented earlier. He said, in general, people also seem to feel comfortable going to the hospital and seeking care again. And he believes the closure of St. Joseph’s Hospital in St. Paul earlier this year is also impacting their ER volumes.

"I think with St. Joe’s closing, which is not that far from us, their ER, that certainly impacted what we’re seeing in our ER. We’re seeing a lot of patients that would normally go to St. Joe’s come to us."

He said they are seeing a slight uptick in COVID-19 patients in recent weeks as well.

Johnson said United Hospital is attempting to increase emergency room staff, shift schedules and hire more travel nurses to deal with the recent increase in patients in their ER.

"We are all struggling with volume and doing our best to care for people," Johnson said.

With longer wait times at local ERs, Johnson encourages people to talk to their primary care doctor first and then visit an ER if it is an emergency.