With wind chills expected at 30-below this weekend, this is the mean season for people experiencing homelessness.

"It’s very dire," says Ricardo Cervantes, the Director of Safety and Inspection for the City of St. Paul. "For those individuals living outdoors, whether that’s in encampments or just living outside, it could mean death."

Cervantes says right now, there are still 100 people living outdoors in Ramsey County, and about 460 people in shelters.

"We actually had 25 individuals move from one of our encampments yesterday, into our facilities," he adds.

The city closed two encampments this week, calling them ‘life-threatening.’ 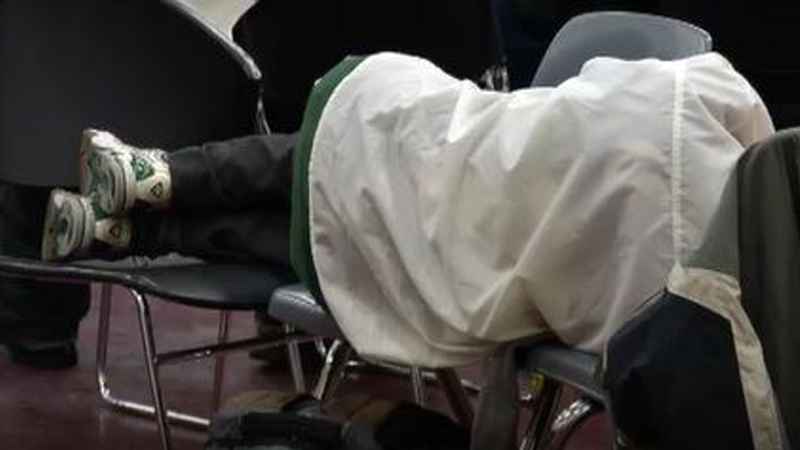 "Many of our folks have experienced frostbite before," declares Andrea Hinderaker, the manager at the Safe Space Emergency Shelter. "Their risk level of experiencing greater trauma to the limbs is exponential."

The push is on for more beds.

The newly opened Freedom House is adding 20 more for women.

Several facilities will stay open around the clock during the cold snap.

"They have daytime shelter, meals, showers, hygiene during the day," Cervantes explains. "Now, they have overnight shelter, which begins at ten o’clock. That’s where they’ll be adding the additional beds."

Normally, these shelters have a referral process.

But now, walk-ins are permitted, because of the weather.

Hennepin County is using hotels to add 200 beds, and is asking churches to open as warming spaces.

"It’s really just piecework and so everyone is communicating," Hinderaker says. "Metro transit, St. Paul police, the Sheriff’s Department. We just have to figure out where the openings are, and get people to those spots."

Cervantes says that St. Paul Police are being paired with mental health workers.

They’ll be called ‘coast units’ and they’ll be patrolling the streets, looking for people exposed to the elements.

The idea is to get these folks inside, out of the weather, and offer them any needed services.

The pandemic, complicating the space issue— makes the search for beds even harder.

To keep people alive and safe during this extreme weather.

"We’ve been working hard to identify new shelter locations and we’ve been relatively successful in adding capacity to the system," Cervantes says. "We have seen numbers this year that we’ve never seen before in the city of St. Paul."