A Golden Valley Menards employee who died Thursday after an accident at the store has been identified.

According to the medical examiner, Stanback died of mechanical asphyxia due to a forklift mishap.

"He wasn’t just a Menards worker…he was a brother, a son, a grandson, and uncle…he brought a ray of light…to everybody," family members of Stanback told 5 EYEWITNESS NEWS.

Minnesota’s Occupational Safety and Health Administration told 5 EYEWITNESS NEWS it opened its investigation into the accident on Friday. 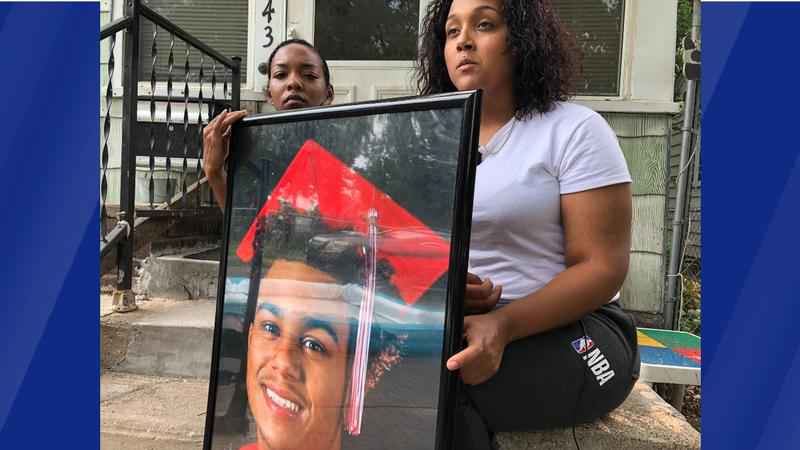 "Minnesota OSHA responded to the accident and opened its investigation today," spokesperson James Honerman said. "We will inspect work areas for safety or health hazards, try to determine what caused or contributed to the accident and review whether existing OSHA standards were violated. There is no set timeframe for an investigation. During the scope of an investigation, the OSHA investigator will observe safety and health conditions and practices; consult with employees privately; take photos; and review past records to review what types of safety and health training was provided to the employees."

Authorities were called to the store at about 10:05 a.m. Thursday after a caller reported Stanback was pinned under a forklift. First responders learned he died when a pallet of lumber fell on the forklift he was operating.

"His goal was to get my mom out of this house and move her away from north Minneapolis …with everything going on since he became the man of the house," Mystaya Stanback, James’ sister, said.

Family members said James was proud of his job at Menards, where he’d been for about a month-and-a-half, but it was a stepping stone to greater things he wanted for their family.

"This is hard, he just loved everybody …he wanted everybody to do better and make something out of their lives," Coriye Holiday, James’ sister-in-law, said.

They also said James was so proud of recently seeing his credit score jump because he wanted to buy a new car in the near future.

The family has created a GoFundMe account to help pay for burial expenses.

MNOSHA said there hadn’t been any safety inspections at the Golden Valley store in the past five years. Records show an employee was killed in a similar accident at a Burnsville Menards in 2017.

"We are a small family here at Golden Valley and we are all in shock. Our thoughts and prayers are with our Teammate’s family."

The store closed early Thursday before reopening at noon on Friday.

Some people stood outside the store after it reopened, holding signs and yelling "people over property."

There are some people protesting yelling “People Over Property” outside Menards in GV where a 19 year-old died on a forklift—they say they are upset the store didn’t immediately close after accident. @kstp pic.twitter.com/kjLCKRUHoL