A 92-year-old retired Army colonel shared a memorable flight with his wife on Thursday. George Stenehjem and his wife Jean, who live in the Twin Cities, went up in a Huey helicopter, which he piloted decades earlier during the Vietnam War.

“I could live in a helicopter,” said Stenehjem.

Born in North Dakota, he graduated from West Point in 1954 and then served in Germany and Korea. Two deployments to Vietnam followed, between 1967 and 1970. During that time, he commanded a helicopter battalion with 125 aviators, 5 companies of more than 600 service members, and 75 aircraft.

The conflict in Vietnam was the first time the Army used helicopters for tactical purposes.

“I could do anything with a Huey,” said Stenehjem. “The Huey was fantastic, a very simple aircraft to maintain so the Huey went to war.” 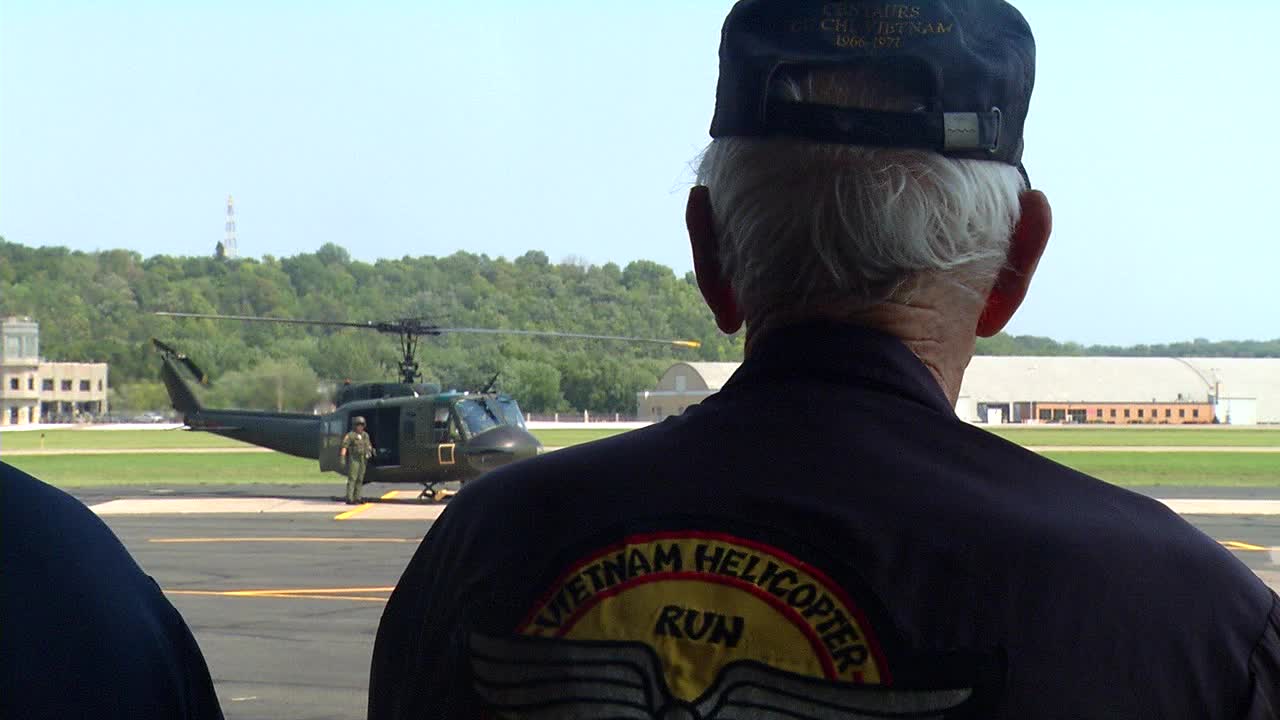 A Vietnam veteran looks on as a Huey helicopter lands at an Minnesota National Guard airbase (KSTP).

Minnesota National Guard Col. Greg Fix explained, “For someone like George, Vietnam was a test bed for helicopters. It was probably the riskiest time you could be flying a helicopter, not just because of tactical situations in Vietnam but we were really learning about how to use a helicopter, how to maintain it.”

The Minnesota National Guard invited Stenehjem and his family to the Army Aviation Support Facility in Saint Paul. He received a tour of the facility and a Blackhawk helicopter.

Photos, medals and his old helmet were also laid out on a table to honor his years of service.

“I can see the memories coming back as he’s walking through,” said Col. Fix. “You could just see that spark.”

After a while, the hanger doors rose and the unmistakable sound of an approaching Huey helicopter could be heard. It drew Stenehjem to the doorway, where he waved to the crew as they landed.

“It’s one of the only ones around here that’s serviceable,” said Col. Fix of the Huey. “We happen to know the owner.”

Stenehjem approached it after it landed. He and his wife spoke with the crew before strapping in for the memorable ride.

Col. Fix also expressed his appreciation for the service and aviation advancements achieved by Stenehjem and other soldiers.

“Just gratitude for what they did for us,” he said.