Medical witness stands out in Chauvin trial, with medical examiner still ahead

Testimony in the Derek Chauvin trial Thursday focused on what was happening to George Floyd while he was being held on the ground by police. Two medical experts testified he died from a lack of oxygen.

Pulmonary and critical care physician Dr. Martin Tobin volunteered his time as a witness. He showed the jury several animations and graphics he helped create to explain how the former officers’ actions restricted Floyd’s breathing.

“There was virtually, very little opportunity for him to be able to get any air,” Tobin said. “It’s like the left side is in a vice."

Tobin said there were four main factors that played a role in Floyd’s death: the prone positions, the fact that he was handcuffed on a hard surface, the knee on his neck and the knee on his arm, back and side.

Dr. Tobin explained how Floyd was fighting for his life as the jury was shown a still image taken from body camera footage. 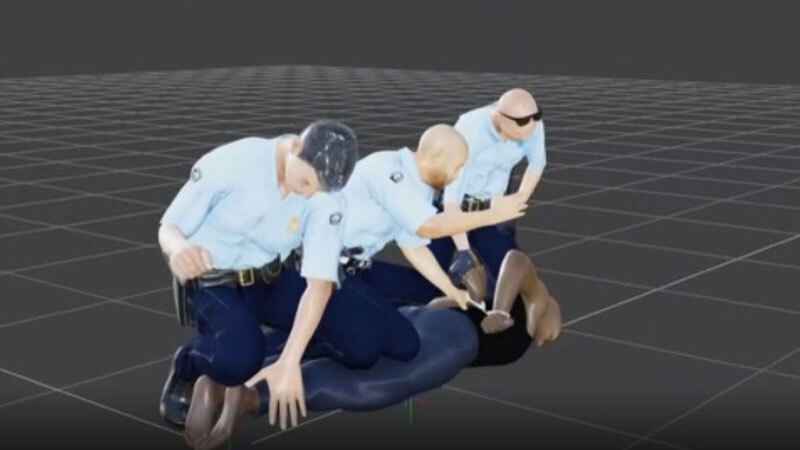 “This tells you he has used up his resources and is literally trying to breathe with his fingers and knuckles,” Tobin said. “He’s using his fingers and his knuckles against the street to try and crank up the right side of his chest. This is his only way to try and get air to get into the right lung.”

Tobin noted the moment Floyd loses consciousness, “That’s the moment the light goes out of his body.”

Expert says Floyd died from lack of oxygen, not drugs

The pool reporter in the courtroom said that Tobin kept the attention of the jury.

“I thought Tobin was probably the most affective expert I’ve ever seen,” said Mary Moriarty, who has more than 30 years of experience as a public defender. “He came across as a teacher, he spoke in really plain English, which always really important for an expert witness. He was talking to the jurors much of the time. At one point he unbuttoned his shirt and loosened his tie to show them where various structures were in their neck and asked them to feel their necks so they could tell what he was talking about.”

Tobin’s testimony was later supported by Dr. William Smock, a paid witness for the state. He is an emergency medical doctor who currently works as a police surgeon for the Louisville Police Department.

“Mr. Floyd died from positional asphyxia, which is a fancy way of saying he died because he had no oxygen left in his body,” Smock said.

He also agreed that Floyd’s hand movements were an important piece of information.

“It’s showing what Mr. Floyd is doing to try to breathe,” Smock said.

He testified he does not believe Floyd died of an overdose, which the defense argues was a contributing factor.

“He’s breathing, he’s talking, he’s not snoring,” Smock said. “He is saying, please, please get off of me, I want to breathe, I can’t breathe. That is not a fentanyl overdose, that is somebody begging to breathe.”

“Fentanyl can also cause death as a result of low oxygen to the brain?” Nelson asked.

“Yes, but only in part," Tobin responded.

Prosecutor Jerry Blackwell followed up with a redirect, “Do they or do they not go into a coma before they die of a fentanyl overdose?"

Tobin answered, “Yes, they will,” and confirmed Floyd was never in a coma.

“The defense’s strongest argument here has been that this was an accidental overdose of fentanyl, and now you have two expert doctors (saying) that was not the case,” she said.

Moriarty said it’s challenging as a defense attorney to cross-examine a witness.

"If the defense can draw some distinctions and say, ‘Hey, this was slightly different over here,’ they can try to argue reasonable doubt,” Moriarty said.

It was a strategic move by the state, she said, to start with the medical experts first.

"These witnesses probably explain away some of the things we may be hearing tomorrow,” Moriarty said.