The Minnesota Department of Health has filed for receivership and assumed control of a Minneapolis nursing home to help protect residents’ safety and ensure continued care while operations and management issues at the facility are addressed.

Twin City Gardens Nursing Home has 31 residents and 61 employees. According to a news release, MDH assumed facility management under a receivership order granted Friday by a Ramsey County judge. The department has arranged for Pathway Health, a professional management organization, to serve as the facility’s managing agent during the receivership. Residents and staff were notified of the change over the weekend.

This year, MDH has been on-site to conduct complaint investigations several times at Twin City Gardens. During their most recent on-site visits between Oct. 12-21, department surveyors documented multiple findings regarding patient care and services. In addition, last week, MDH staff found evidence of staff payroll checks being returned with insufficient funds, and unpaid bills for oxygen, insurance and medications.

Concerned that the company’s growing list of unpaid bills threatened critical services for residents, MDH petitioned the court for permission to assume control of the nursing home through temporary receivership.

"This rare step is one we do not take lightly, but the evidence indicated a need for immediate action to ensure that residents are safe and continue to receive essential services," said MDH Commissioner Jan Malcolm. "We are focused on a smooth transition that meets the needs of families, residents and staff." 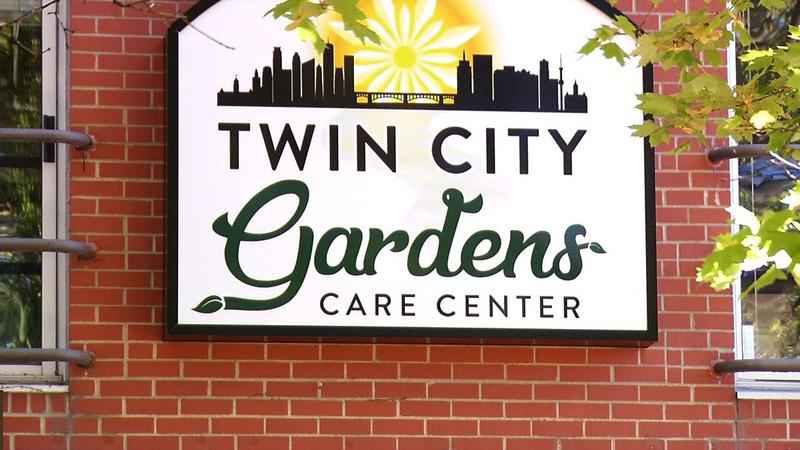 MDH and the temporary management team will stabilize the facilities’ operations to support staff and to make sure patients receive quality care.

"We are communicating with family members and residents about the transition as we work to stabilize operations and ease their concerns," said MDH Health Regulation Division Director Martha Burton Santibáñez. "We will work with the new managing agent of the facilities to help residents and employees through this transition."

Receiverships, authorized by state law, allow regulators to assume control of a nursing home in certain situations where residents have serious health and safety concerns. By law, the receivership cannot exceed 18 months. In a receivership, MDH becomes responsible for the operations and finances of the nursing home. MDH typically appoints a managing agent to conduct the daily work of managing the facility.

The last receivership action by MDH was in 2015, according to a release.

5 EYEWITNESS NEWS spoke with a resident of the facility, who wished to be identified only as Paula, about her experience there.

"I can’t say nothing good about the place," Paula said. "I’ve never seen so much abuse."

Paula said she has been living at Twin City Gardens for the past three months while recovering from a bicycle crash that required three surgeries on her leg.

"To come into something like this, thinking they’re going to take care of me and they don’t? It’s just really, really sad," Paula said.

She said the care provided at the facility, to herself and others, has been "horrible."

"One of the girls didn’t have oxygen the other day," Paula said. "She went through the night without it. I don’t know how."

The court order against the nursing home details multiple safety concerns, including "critically low oxygen supplies, nearly resulting in residents being transferred to the emergency room."

Another report in the court order alleges a resident sat in feces for four hours before receiving assistance and was forced to call 911 for help.

According to court papers, staff at the nursing home also shared a blood glucose monitor between residents, including one with Hepatitis C, without properly disinfecting it.

"When something like this happens, it can be very traumatic," said Cheryl Hennen, the state ombudsman for long-term care.

Hennen’s role is to represent long-term care residents across Minnesota and make sure their rights are respected.

She said federal law requires owners and operators of nursing homes to ensure the quality of life and quality of care for their residents is optimal. When that does not happen, state agencies intervene.

Hennen is now directly involved at Twin City Gardens, monitoring the care and wellbeing of residents during the receivership process.

"When something like this happens, there are so many questions that enter into my mind. And yes, my heart does break," Hennen said. "As a society, as a community, as a state, we really need to make sure the residents of this home are treated with the utmost level of respect and dignity."

The nursing home switched ownership in October 2020 to PC Hayes Management LLC, whose sole owner and manager is Philip Thompson.

Evidence submitted from the health regulations division at the Minnesota Department of Health shows the nursing home’s financial situation has been "precarious," with large past due payments owed to multiple vendors.

For example, court documents show the facility owes $10,638 to Xcel Energy, with an electrical disconnection notice recently sent because of a past due balance. It also claims the nursing home has a delinquent balance of $8,058 to its oxygen supplier, Northwest Respiratory Services. The facility owes $40,900 to US Food, the vendor supplying food for residents. The facility’s dietary manager also reported to the state that "Thompson told her he wanted meal costs limited to $5.50 per day for each resident."

Court documents allege multiple employees reported bounced paychecks and that the nursing home is also liable for the past due subcharge owed by the previous owner to DHS, an amount totaling more than $1,430,000.

Residents told 5 EYEWITNESS NEWS they hope to see major changes in the near future.

"If they can’t do it, just give it up," Paula said. "People deserve better care and respect and some dignity. It’s just sad. I hope there’s some change. I really do."