Minnesota’s Department of Health posted data Friday morning showing that there were 3,714 newly-reported positive COVID-19 tests in the state.

“The number of cases reported today, 3,714, is the largest one-day total since December 2020,” said Kris Ehresmann, director of infectious diseases at MDH. “Recent data show that the virus is still spreading rapidly in Minnesota, and that we are not done with this pandemic.”

"We have an opportunity right now to really curtail what’s going on,” said Dr. Mark R. Sannes, the senior medical director at HealthPartners. “We can slow this down by removing targets from the population, the people who have not had COVID are those who are most likely to get sick right now — those that have been vaccinated are less likely to get sick right now — so the group that’s left for the virus to find is the unvaccinated."

Friday, MDH reported 17 newly-reported deaths from COVID-19, although the department said only 14 of those deaths were reported in September. One was from August and two were from January.

And, with a vaccine still not available for all school-aged kids, other new MDH data shows high COVID spread in pre-K through grade 12 schools. 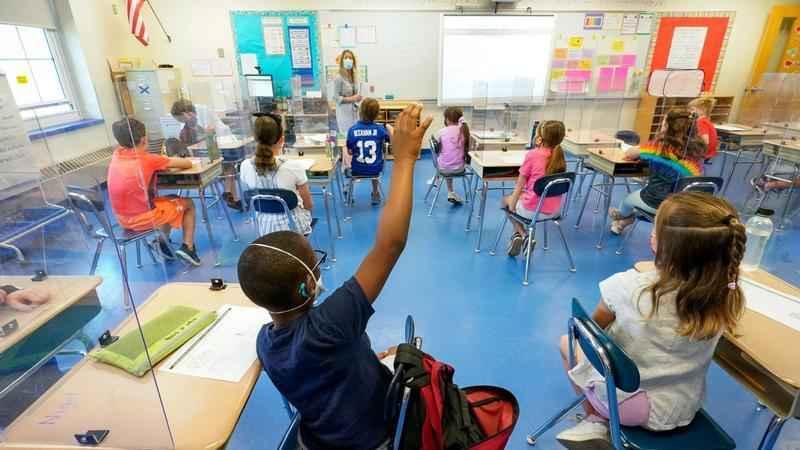 According to state data ending the week of Sept. 18, there were 2,071 cases reported by students and staff, which is the first time that number has been above 2,000 throughout the pandemic.

The data also shows 233 schools have now reported five or more confirmed cases in students or staff who were in the building while infectious. That’s a jump from 95 schools on the list in the previous week’s update.

“They are seeing transmissions in their schools which is little different than last year," said Deb Henton, executive director of the Minnesota Association of School Administrators. “There’s definitely been disappointment because last spring we saw the ‘light at the end-of-the tunnel’ was really getting bright and then delta came along and that variant caused things to change once again, so this is another hard year for school leaders.”