Epilepsy is a neurological disorder that can affect anyone, regardless of race, age, or gender.

The message from Mayo Clinic is there is new hope for people living with epilepsy to get their quality of life back.

Eric Walthall is an avid outdoorsman. The 52-year-old from Woodville, Wisconsin, loves to hunt and fish. But Eric’s epilepsy made it impossible for him to do what he loved. He was having 120 seizures a month, four a day. He couldn’t work, drive or go to his kids’ activities. 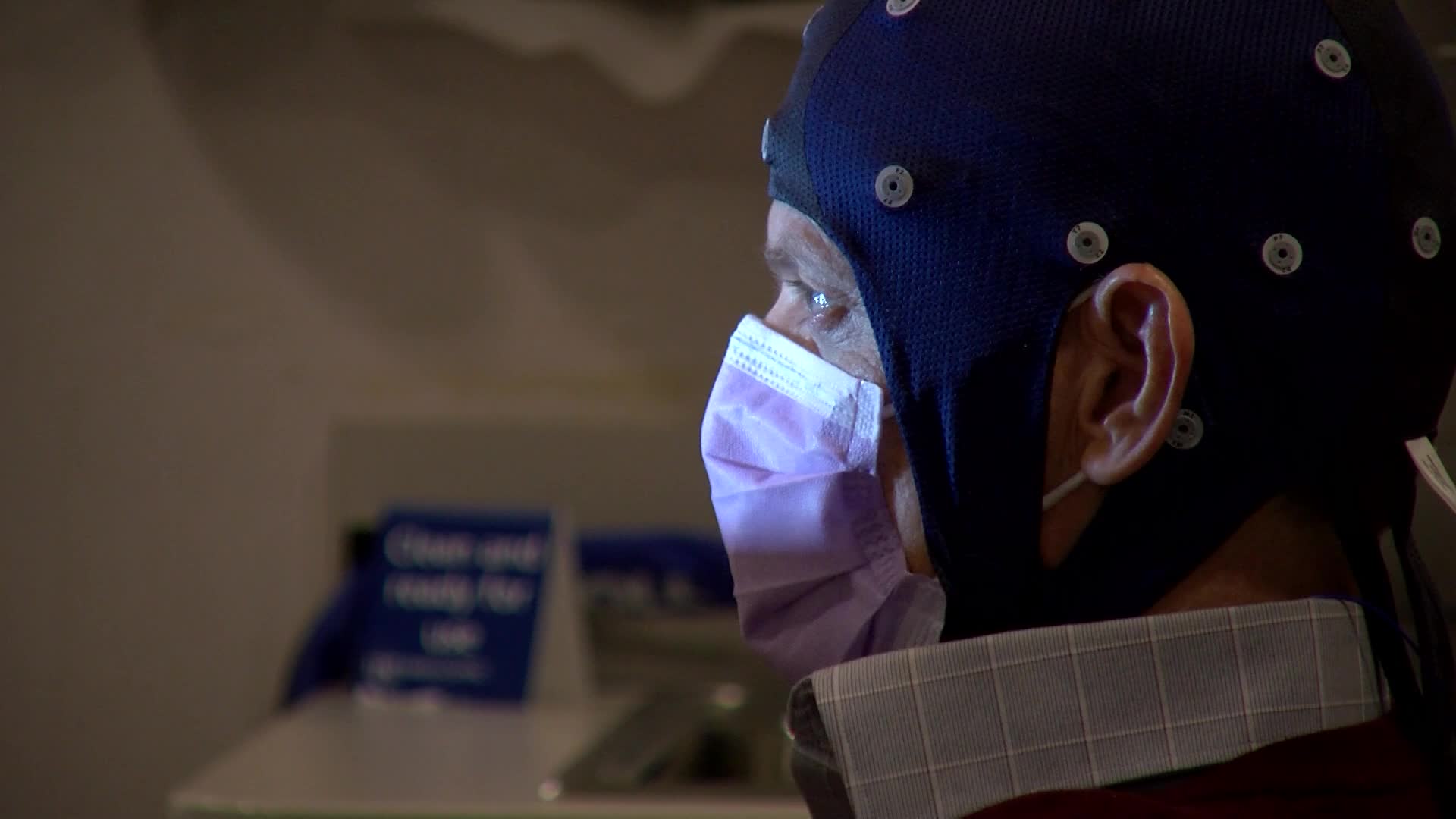 Eric Walthall, who has epilepsy, undergoes an electroencephalography (EEG) test at Mayo Clinic in Rochester. An EEG is a diagnostic test that helps neurologists determine the source of seizures in epilepsy patients. (Courtesy of Mayo Clinic)

“Well, I think we didn’t know any other life for us,” his wife, Melissa Walthall, said. “Because it’s been a part of our life for so many years, epilepsy, and so we just adapted.”

But Eric never felt hopeless. “Never, never. I always knew that there was something that was going to happen,” he said. “And what gave me that is my faith. I knew God was going to heal me, and I knew he would.”

After 12 procedures in five states over 36 years, nothing improved Eric’s quality of life until he came to Mayo Clinic in Rochester.

“Mayo was going to knock it out park,” Eric said. “That was my mindset.”

Eric was on medications, but for one-third of people, medications don’t work. The good news for the 3.4 million Americans living with epilepsy is there are more options than ever to find out what will work.

“In recent years, there’s been a lot of research that’s been done,” said Dr. Brian Lundstrom, a neurologist. “And a lot of new added treatments in the toolbox for patients with epilepsy.”

It begins with diagnostic testing.

Eric started with an EEG test.

“EEG, or electroencephalography, is a diagnostic test,” Lundstrom said. “So we start, often, with a scalp EEG, and we kind of get a ballpark area from where seizures may start.”

Also, before and during surgery, neuropsychologist Dr. Eva Alden used a Mayo-developed NeuroMapper tool to better understand the relationship between Eric’s brain and behaviors. By asking questions, she established a base for his cognitive function they use to compare with test results later.

“It helps us tailor how we monitor them in surgery,” said Alden. “So that we know we’re not doing anything that’s going to leave patients with a functional deficit. And that’s what it’s really useful for.”

Eric also had stereoelectroencephalography (SEEG). The surgeon temporarily put electrodes into his brain to find where his seizures were happening. Using those same electrodes, he then had radiofrequency ablation, where heat from an electric current treats the brain tissue. For some people, this ends their seizures. While that didn’t happen for Eric, it did help pinpoint where they were coming from.

After monitoring his symptoms for several weeks, it was determined the best treatment option for Eric was to come back and have traditional surgery to remove brain tissue from where his seizures originated.

He was “awake” during that surgery and was talking as the surgeon stimulated his brain. Dr. Alden again used the NeuroMapper to ask Eric questions, compare it to his pre-surgery tests and report back about how he was responding so the surgeon knew it was safe.

It worked. Eric’s medications were fine-tuned, and Mayo Clinic recently published his case report sharing the news with the world that he hasn’t had an epileptic seizure in nine months.

“It is unbelievably gratifying to hear when you’re involved in having somebody go from having hundreds of seizures a month to not having any,” Alden said. “It’s really cool, it’s great. That’s why I love my job.”

“One key message is that there are reasons for continued hope,” Lundstrom said. “It’s an exciting time. And we are every day finding new ways of helping patients.”

“It’s been life-changing,” Melissa said. “It’s been emotionally and mentally for me just such a relief.”

What is Eric’s message for other people with epilepsy? “Do not quit, don’t quit. Manage your own health care. And I can’t say enough about Mayo.”

Mayo Clinic is using many innovations in epilepsy treatment and research now, such as: