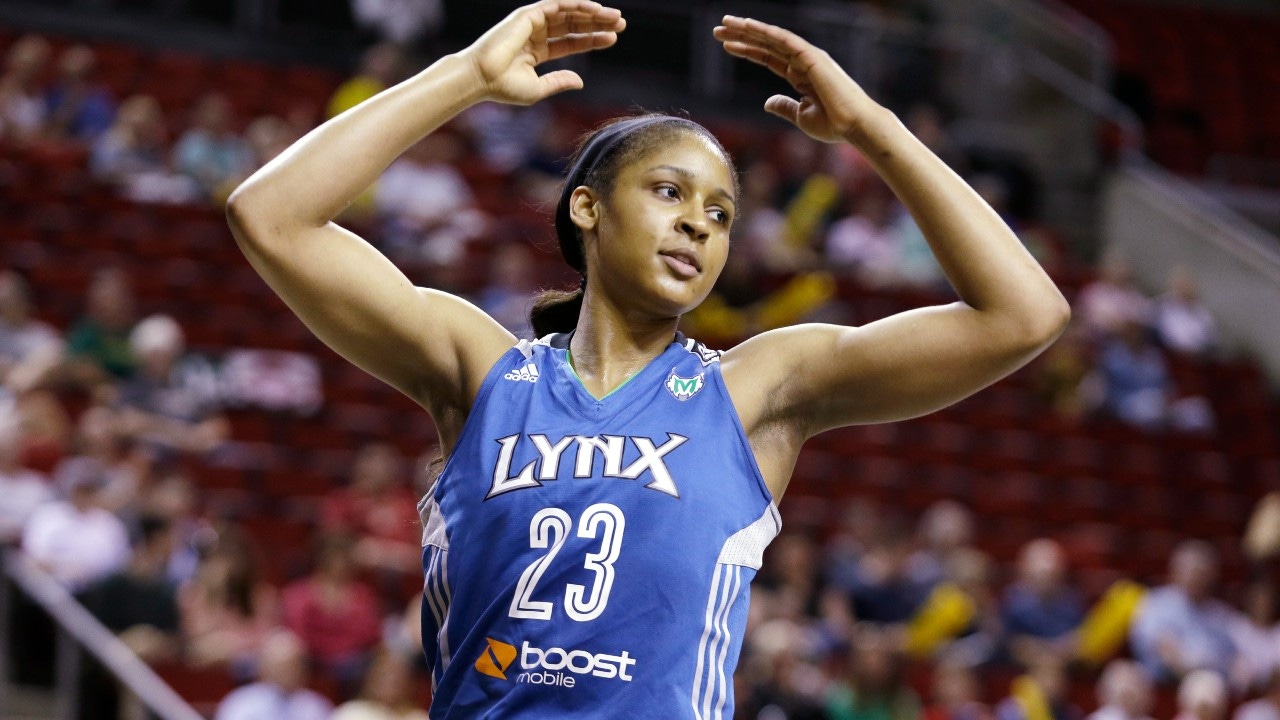 Minnesota Lynx's Maya Moore in action against the Seattle Storm in the first half of a WNBA basketball game, Sept. 10, 2013, in Seattle. Moore has officially decided to retire from playing basketball, making her announcement on “Good Morning America” on Monday, Jan. 16, 2023. (AP Photo/Elaine Thompson)

Monday morning, on ABC’s “Good Morning America,” Moore announced her official retirement from the WNBA, where she last played in 2018.

“I am extremely thankful for the opportunities that the WNBA, the Minnesota Lynx and basketball have given me in my lifetime,” Moore said. “It was a dream come true for me to play basketball at the highest level and help build the foundation for women’s basketball. Ever since I was drafted in 2011, the state of Minnesota, Lynx organization and fan base welcomed me with open arms and supported me throughout my entire career. I will forever be grateful for Glen Taylor, Coach Reeve and the Lynx community for all of the support and am excited to continue this next chapter in my life.”

Moore stepped away from her basketball career to help her now-husband Jonathan Irons win his release from jail by getting his 50-year sentence overturned in 2020. After gaining his release, Irons married Moore soon after and the couple had their first child, Jonathan Jr., in July.

RELATED: Time names Maya Moore as one of its most influential people of 2020

All of that came after a storied career at the University of Connecticut, where she became the only three-time Wade Trophy winner in NCAA history, won the Wodden and Naismith awards twice and became just the second player to ever achieve four-time All-America status. She also was a three-time Big East Player of the Year and was the first player, male or female, to ever win Big East Player of the Year as a freshman. She finished her collegiate career with a 150-4 record and two NCAA Championships, including a perfect 81-0 record at home and a record 90-game win streak.

“Maya Moore has forever left a mark on the state of Minnesota, the Minnesota Lynx franchise and the hearts of Lynx fans everywhere,” Minnesota Timberwolves and Lynx owner Glen Taylor said. “Maya’s accolades are numerous; her leadership and talent both fearless and inspirational set the foundation for the most exciting and historic championship run in the league from 2011-2017. While today culminates Maya’s basketball career, there is no doubt she will continue to impact the game we all love. We wish Maya all the best and will root for her always.”

“On behalf of the Minnesota Lynx organization, I want to congratulate Maya on an incredible basketball career,” Lynx Head Coach and President of Basketball Operations Cheryl Reeve said. “We will always cherish her time in a Lynx uniform and we wish her the best as she continues to pursue this next chapter of her life.”

Moore will be eligible for the Naismith Hall of Fame next year since she stopped playing four years ago.