5 EYEWITNESS NEWS is partnering with local nonprofits this summer to launch a new Feeding Minnesota campaign.

The goal is to raise awareness and money for causes that address food insecurity in the Twin Cities.

MATTER is one of the nonprofits involved in this campaign. One of its initiatives in the Twin Cities is to provide MATTERboxes to kids, full of nutritious snacks.

The organization gave MATTERboxes to about 450 children at a football camp in Woodbury on Saturday. The camp was led by Vikings wide receiver Adam Thielen through his nonprofit, the Thielen Foundation. 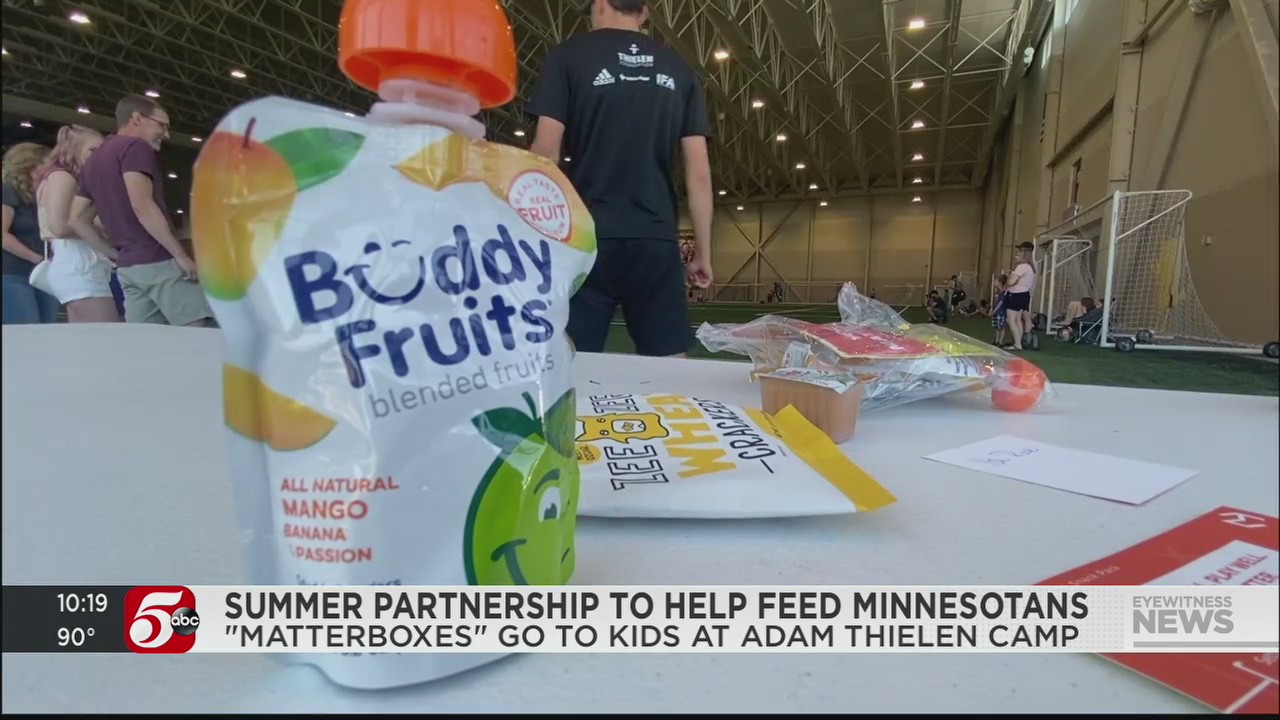 Thielen packed a few MATTERboxes himself between drills.

"My wife and I being both from Minnesota, just being able to give back to those communities that have done so much for us, it’s exciting," Thielen said. "I encourage anybody that can give back in any way they possibly can, whether it’s time or money, it’s really important."

Each of the MATTERboxes had whole wheat crackers, applesauce, a peanut butter substitute, a goal card with tips from top athletes and a "You Matter" note with handwritten encouragement.

MATTER said sports camps will be a big focus this summer, in an effort to give kids access to healthy snacks.

They said food insecurity is on the rise in the Twin Cities due to funding for some community programs being cut during the pandemic.

"We’re hoping we can bring awareness to everyone in Minnesota that they can contribute and they can get on board to help feed Minnesota, especially kids, but all people that are needing to have healthy meals, healthy snacks," said Tami Hedrick, national development director at MATTER. "We’re going to come together as organizations, as foundations and as the community to help to raise money so we can feed as many people as possible."

The KSTP Feeding Minnesota campaign is expected to officially launch in mid-June and will run all summer.