A bill to legalize recreational adult use of marijuana has now cleared a half dozen committees in the Minnesota House, but still faces at least a couple more committees before a vote on the House floor. It also faces strong opposition in the Senate.

"While Black Minnesotans and white Minnesotans use cannabis at almost exactly the same rate a Black Minnesotan is anywhere from four to ten times more likely to be arrested and charged for a cannabis-related crime," said House Majority Leader Ryan Winkler, DFL-Golden Valley, the bill’s chief author.

He says his bill would eliminate law enforcement using possession of small amounts of marijuana as an excuse to arrest Black suspects at a higher rate than others.

However, law enforcement officials testified it will make it much easier for people under age 21 to access marijuana.

"To pass this bill would severely impact our youth by making access to this drug more readily available at a time when potency is at its highest in history," Sheriff Kevin Torgerson, of Olmsted County testified, on behalf of the Minnesota Sheriff’s Association. 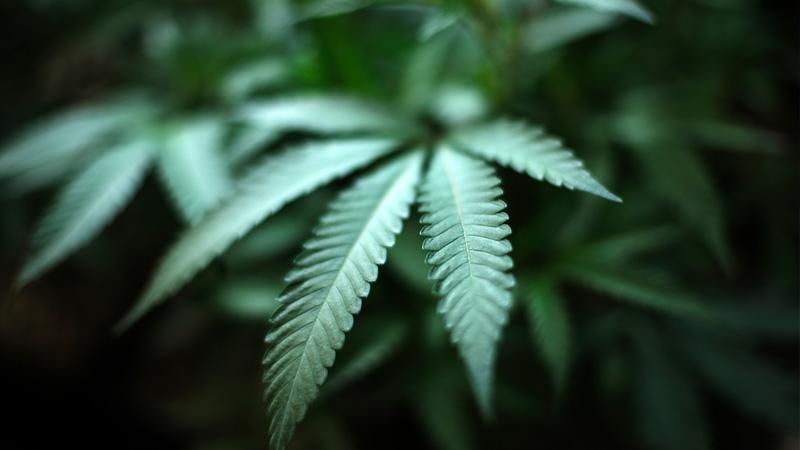 In this Feb. 14, 2019 photo, cannabis seedlings grow under lights as part of a research project by students in the new cannabis minor program at the State University of New York at Morrisville, N.Y. Even in states where recreational marijuana remains illegal, including New York, New Jersey and Connecticut, some colleges have launched cannabis studies programs in anticipation of legalization or to prepare students for jobs in other states. (AP Photo/Mary Esch)[Associated Press]

The bill passed the House Public Safety and Criminal Justice Reform Committee 11-7 along party lines, with Republicans voting against it.

One of the primary objections is the difficulty law enforcement will have to keep people from driving under the influence of marijuana.

"There is still no roadside test for law enforcement to accurately determine an impaired driver’s level of intoxication for marijuana," said Jeff Potts, of the Minnesota Chiefs of Police Association. "We think such a test is vital to keeping the Minnesota roads and highways safe from marijuana-impaired drivers."

However, opponents say possible marijuana use is often a reason to profile Black drivers or other minorities.

"I’m just one of hundreds of thousands of adult cannabis consumers in Minnesota who are tired of living in a draconian police state," says Marcus Harcus, of MN Campaign for Full Legalization.

A vote on the House floor is likely in May after two more committee stops.

So far the Republican-controlled Senate has only signaled willingness to make some adjustments to the medical marijuana law without allowing it for recreational use.