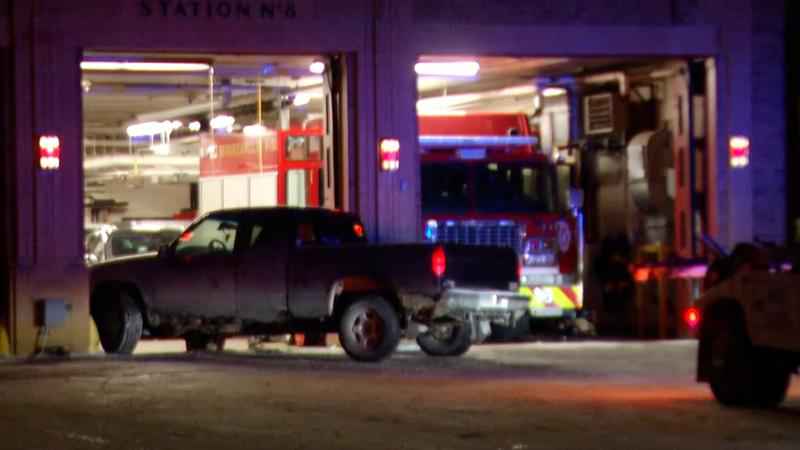 A man who drove his truck into a Minneapolis fire station Thursday night has been charged.

Shawn Coates, 52, is charged with two counts of fourth-degree assault, one count of threats of violence and one count of third-degree property damage.

A criminal complaint states Minneapolis police were called to Minneapolis Fire Station 8 on Blaisdell Avenue South at about 7:15 p.m. Thursday on a report that a man had rammed his truck into the building.

When officers arrived, they found that firefighters had pinned Coates to the ground.

According to the complaint, the firefighter again told Coates to leave and Coates then tried hitting him with his truck. Coates then drove the truck into one of the fire station’s garage stores, the complaint states.

Firefighters used an ax to puncture the truck’s tires and disable the vehicle. Coates then allegedly got out of the truck, went into the station and "squared up" the fire captain before another firefighter tackled Coates.

The complaint states Coates was telling firefighters, "you guys are pieces of [expletive], I’m coming back for you," they pinned him to the ground.

After officers arrested him, Coates continued to be combative in the squad, the complaint states, hitting his head on the partition and kicking the door. It took six or seven deputies to detain him at the jail.

His preliminary bail is set at $20,000 and his first court appearance is set for Monday.