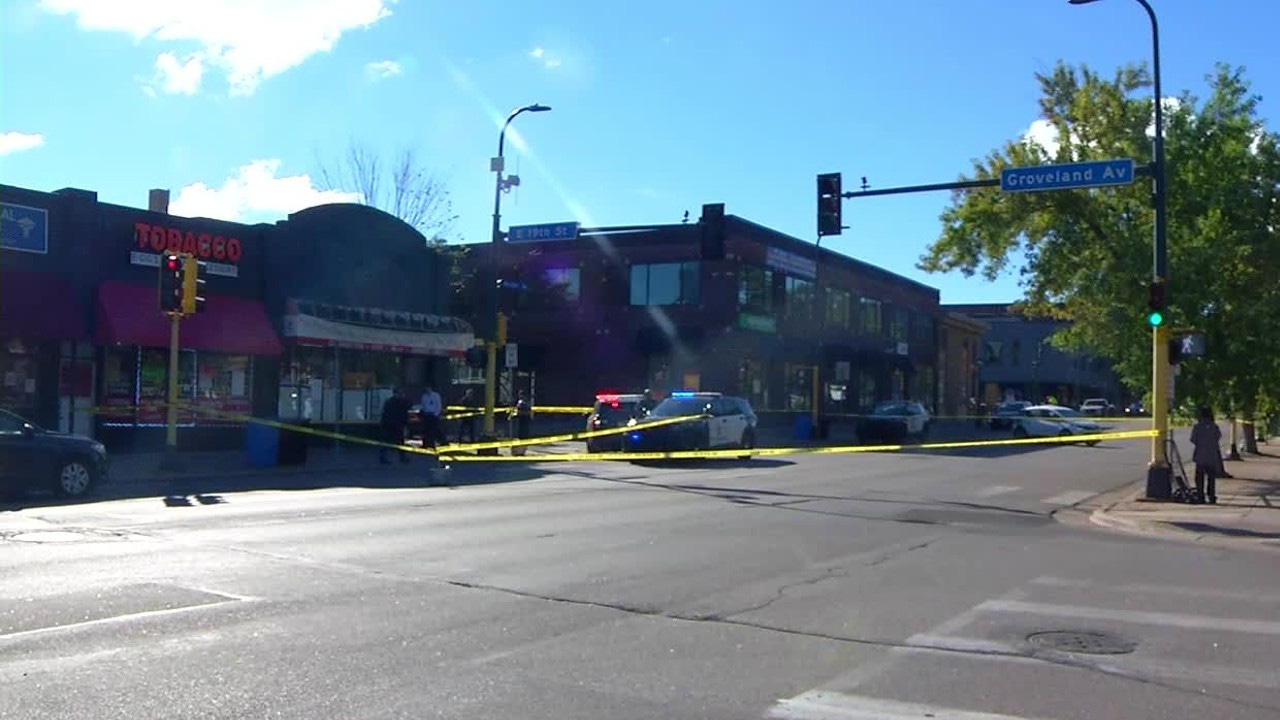 Minneapolis police at the scene of a homicide near Groveland and Nicollet avenues on the morning of Sept. 22, 2022. (KSTP-TV)

A man died Thursday morning after a shooting in the Stevens Square neighborhood of Minneapolis.

It happened at around 9:20 a.m. near the intersection of Groveland and Nicollet avenues.

Minneapolis police say officers found a man in his 20s suffering from life-threatening gunshot wounds and provided aid until the man was taken to a hospital. However, he died from his injuries.

Early information indicates another man approached the victim near the intersection and shot at him. The victim tried to run westbound but was injured and fell to the ground near East 19th Street and First Avenue.

The shooting remains under investigation and no arrests had been made as of Thursday afternoon.

It’s the 66th homicide of the year in Minneapolis, according to police.

Anyone with information is asked to call CrimeStoppers at 1-800-222-8477 or submit a tip online. Tips are anonymous and can lead to a financial reward.