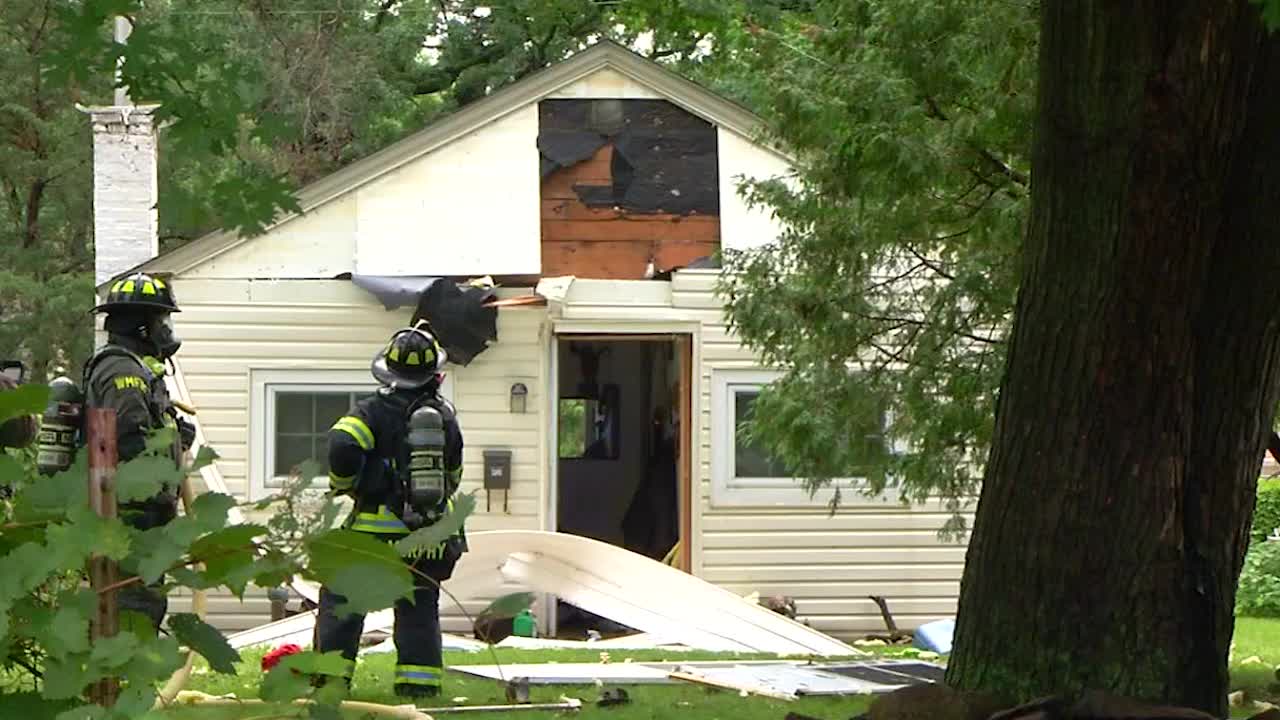 Firefighters worked at the scene of a house explosion in Crystal that neighbors say they felt from surrounding homes. (Kevin Bubach/KSTP)

Crystal police and fire agencies are investigating a house explosion that left one man severely burned around noon on Sunday, the Crystal Police Department says.

When responders arrived, a man was found inside the house on the 5800 block of Perry Avenue North, police say.

The man was taken to the hospital for severe burns.

A 5 EYEWITNESS NEWS photographer at the scene described what appeared to be damage to mainly the inside of the structure. Some siding and insulation had blown off the home.

Neighbors tell our crews they could feel the explosion shake the neighborhood.

West Metro Fire-Rescue District and the home’s gas supplier told police there is no threat to neighboring homes.

No other details have been provided at this time. Check back for updates.