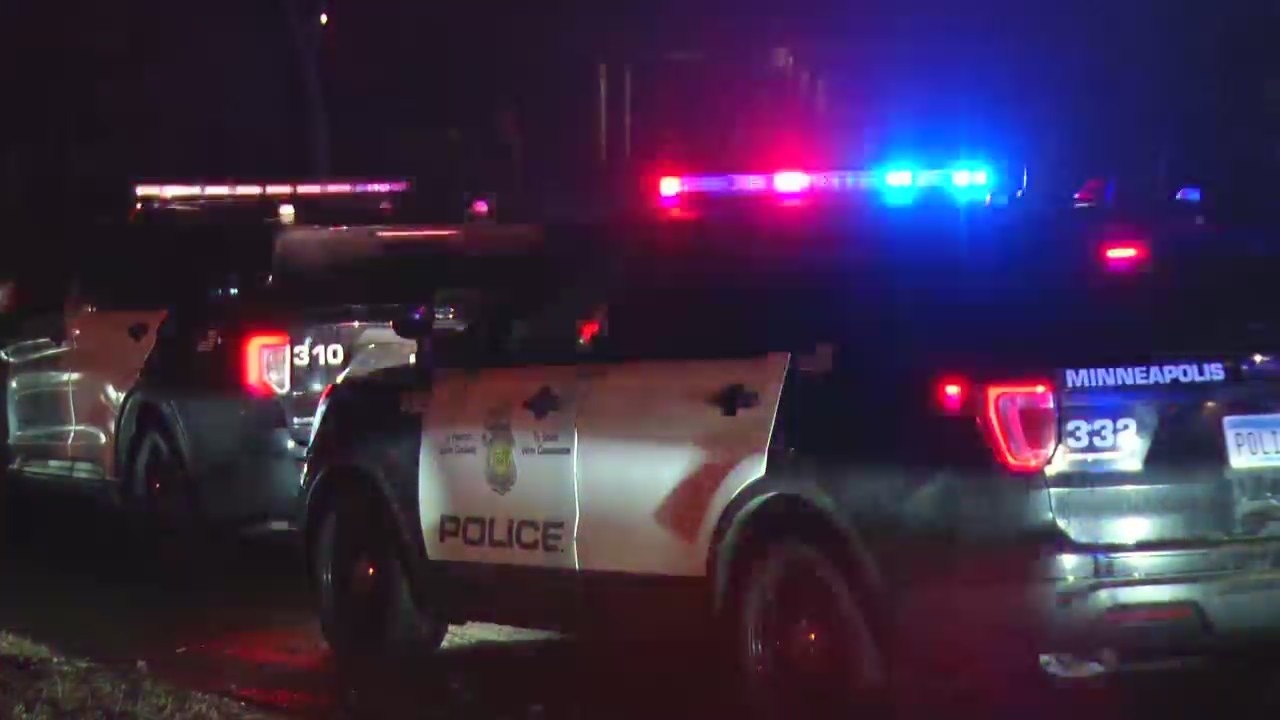 Minneapolis police cars are at the scene of a shooting that killed a man and left a woman with life-threatening injuries Wednesday, April 6, 2022, in Minneapolis. (KSTP/Jon Murphy)

The man killed in a Wednesday night shooting in Minneapolis is 34-year-old Nate Banks of Detroit Lakes, according to the report released Saturday by the Hennepin County Medical Examiner.

His cause of death is listed as multiple gunshot wounds, and the medical examiner’s office ruled his death a homicide.

On Wednesday night at 8:30 p.m., Minneapolis police said they responded to shots fired inside an apartment building on the 2400 block of 17th Avenue South.

Inside the apartment, police said they found an adult male and an adult female with gunshot wounds. The man, Banks, died at the scene. The woman was taken to the hospital with life-threatening injuries.

No arrests have been made yet. The case is under investigation.