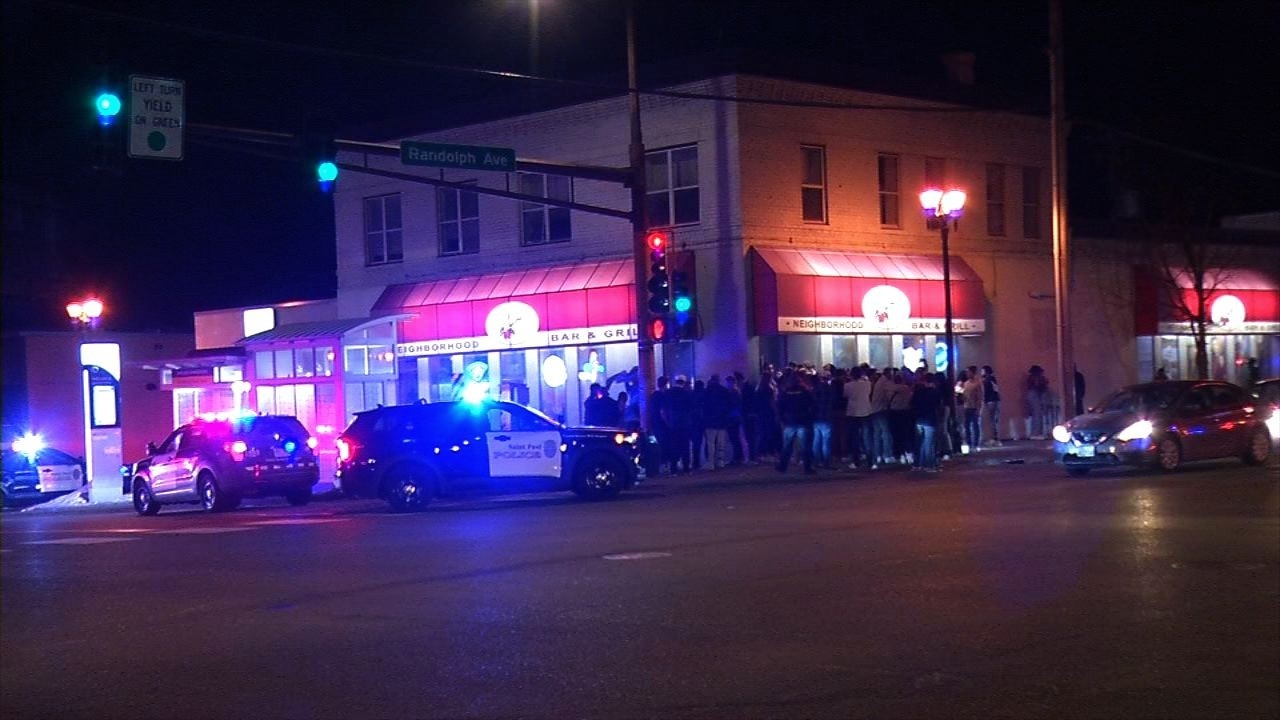 Police respond to a shooting at Plums Bar and Grill in St. Paul in the early morning hours of March 11, 2022. (KSTP-TV)

A man was taken to a hospital after a shooting at a St. Paul bar early Friday morning.

St. Paul police say officers were called to Plums Bar and Grill, located on the corner of Snelling and Randolph avenues, at about 12:30 a.m. on a report of shots fired.

There, officers said they found a chaotic scene, with many people leaving the bar.

Officers also found a 19-year-old lying on the sidewalk outside the bar, suffering from an apparent gunshot wound to one of his legs.

The victim told officers he was inside the bar when he heard a loud pop and realized he’d been shot. However, he wasn’t able to provide a description of the shooter.

Police say the man was taken to a hospital for treatment of injuries not considered to be life-threatening.

No arrests have been made as of Friday morning and the investigation remains active, police said.