A deputy returned fire after a man was firing a gun in a residential Blaine neighborhood late Monday night.

According to the Anoka County Sheriff’s Office, deputies were called to the area of Quincy Boulevard Northeast and 106th Avenue at about 10:14 p.m. on a report that a man was firing a gun in the area.

Deputies advised residents who heard the gunshots to stay in their homes.

Law enforcement set up a perimeter in the area to contain the man firing shots. 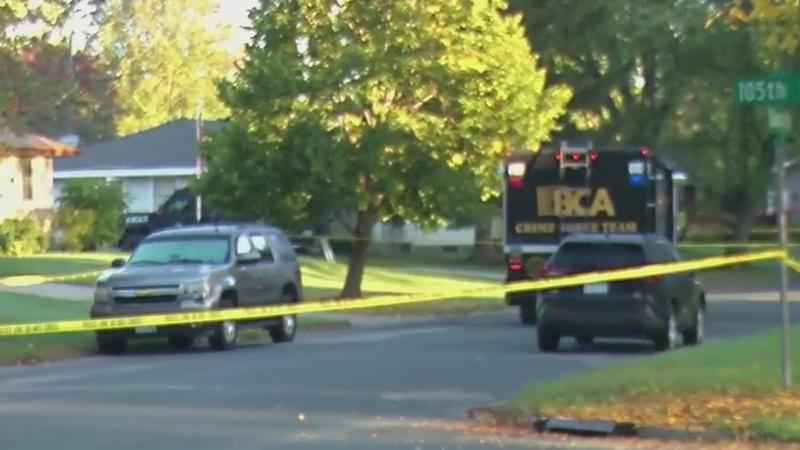 The sheriff’s office said a deputy ultimately fired a weapon at the man. The man was hit and was taken to a nearby hospital.

The man’s condition has not yet been released.

It wasn’t a restful night for Amy Lindberg after her husband was told by law enforcement outside their home to go down into the basement since shots were being fired in their neighborhood.

"There were a couple of police officers under this tree here, screamed at him to get back in the house so he came, grabbed me, we went into the basement," Lindberg said.

On Tuesday, she recalled what she heard and just how long the incident lasted.

"We heard shots going off, were like, ‘Nope, not going to be in the vicinity,’ went downstairs, hid out there for a while, probably an hour goes, by we hear shots every few minutes, it was just sporadic but weird," Lindberg said.

Another neighbor also described the incident to 5 EYEWITNESS NEWS on Tuesday.

"They came with their megaphones and said, ‘Put your hands up… both your hands up’… they said that a couple times… they took the guy down on the ground and the ambulance came," Susan White Rose explained.

The Minnesota Bureau of Criminal Apprehension is investigating the officer-involved shooting. The Blaine Police Department is investigating what led up to the man firing shots in the residential area.