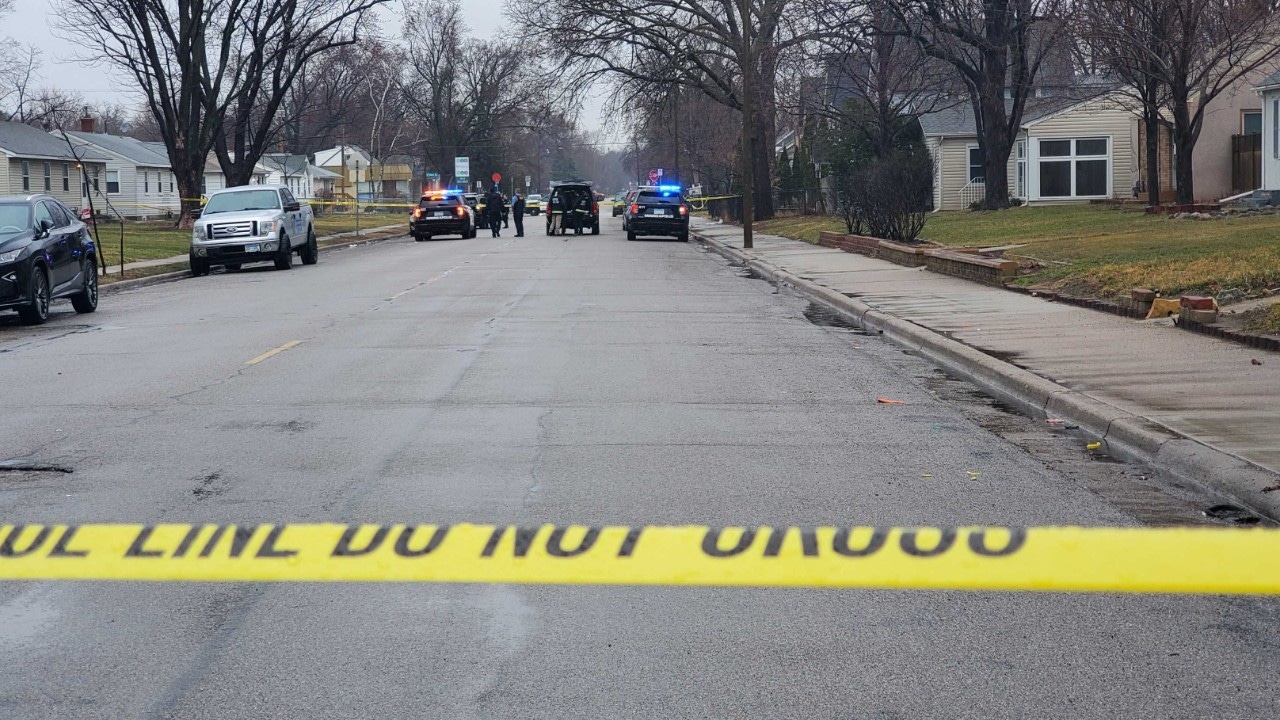 Minneapolis police tape off the scene where a 20-year-old man was shot Wednesday, April 20, 2022, in north Minneapolis. (KSTP/Erik Rognerud)

Minneapolis police say a man who was injured late Wednesday afternoon in a shooting has now died from his injuries.

According to police, officers responded to several reports of a shooting around 4:48 p.m. along the 5100 block of Bryant Avenue North.

The 20-year-old man, later identified by the Hennepin County medical examiner as I Am King Majesty Allah, was taken to the hospital with what police believed was a life-threatening gunshot wound.

Police say the victim was standing outside and talking with the occupants of a vehicle when “shots were fired” and the vehicle sped off.

His death marks the city’s 23rd homicide of the year.

As of Friday, no one had been arrested.

Anyone with information on this shooting is asked to call the Minneapolis Police Department or submit a confidential tip to CrimeStoppers of Minnesota and reference case number 22-082511.