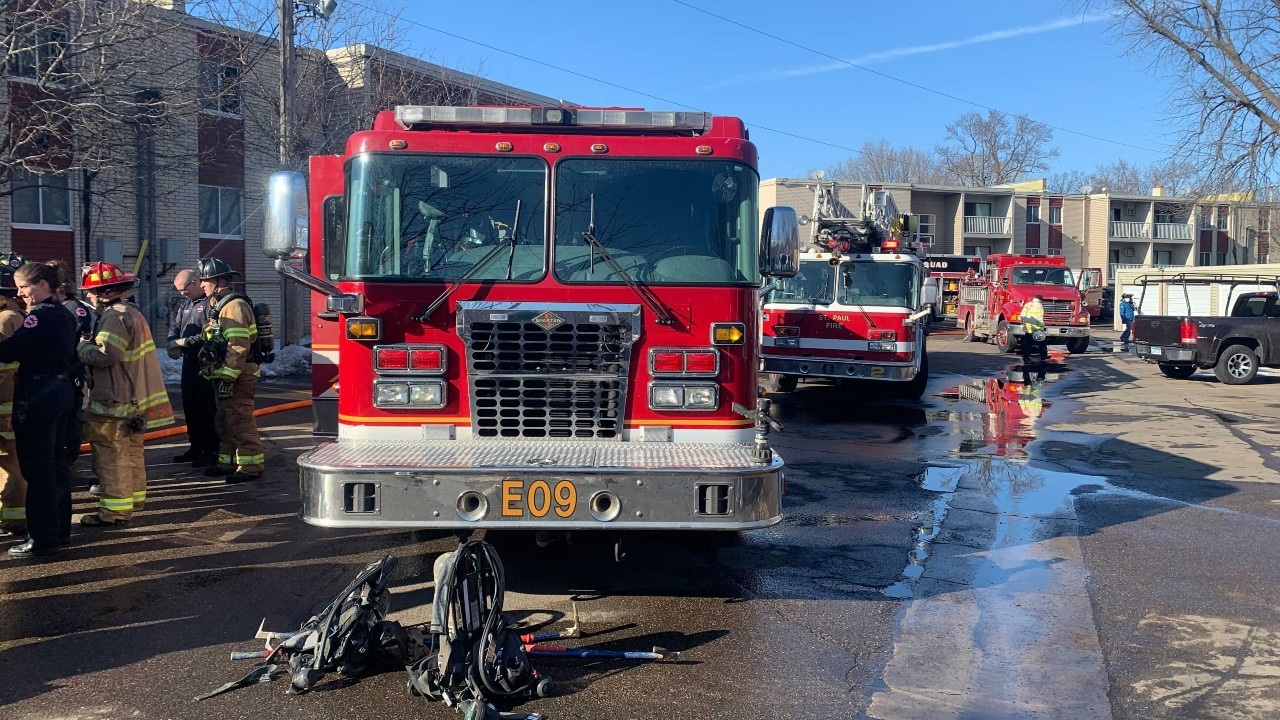 Fire crews respond to an apartment fire Tuesday, March 1, 2022, on the east side of St. Paul. (KSTP/Jon Murphy)

Authorities say one person died Tuesday after a fire at a St. Paul apartment building.

The St. Paul Fire Department said firefighters responded to a fire at Johnson Parkway Apartments in the 1300 block of Ames Avenue East at around 2:15 p.m.

Crews said three people were taken to a hospital but one later died.

Investigators believe the fire was caused by smoking, according to the fire department.

The department added that it’s unclear if the unit had any working smoke alarms.

All other residents of the building were able to return to their units.