Artistry on 10th apartment tenants called 911 after they heard gunfire, and police say they also received reports of a gun thrown onto the roof of the WCCO-TV building.

Officers say they recovered the gun.

The man who died in the incident, who was a resident at the apartment complex, was said to be in his 30s.

Although police say they do not know what led up to the shooting, they are working to discover any relationship between the suspect and victim. 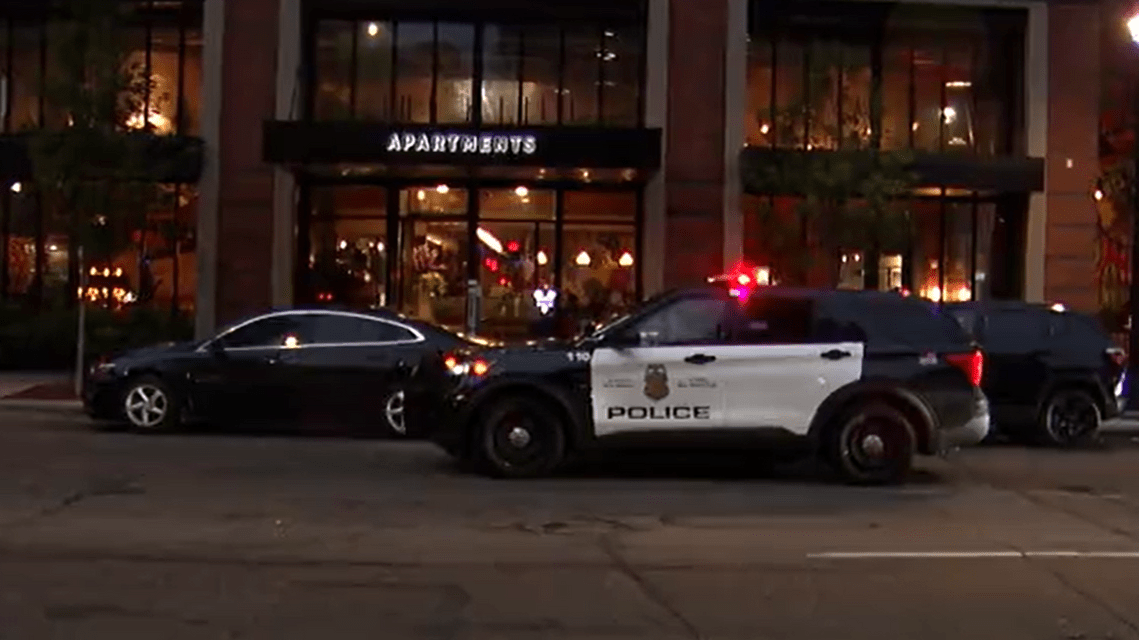 The scene of Minneapolis' 56th homicide of 2022. KSTP photo.

No other information about the deceased man or the man in custody has been provided at this time.

The Hennepin County Medical Examiner will release the man’s name and any additional circumstances leading to his death.

The city’s 56th homicide investigation of the year happened just before Monday’s swearing in of Cedric Alexander, the first public safety commissioner in Minneapolis, who was hired in efforts to combat the rise in violent crime in recent years.

INITIAL REPORT 8/7/22: The Minneapolis Police Department has released initial information about the city’s 56th homicide of the year.

A report states when officers arrived on scene, they found an adult male with a life-threatening gunshot wound near an apartment.

Officers attempted life-saving first aid on the victim until he was taken to the hospital, where he later died, according to MPD Public Information Officer Garrett Parten.

Initial investigation reveals a handgun was thrown from the scene, landing on the roof of a neighboring building.

Parten says a man was taken into custody at the scene in relation to the shooting.

No further details were available at the time of writing.

This latest homicide comes after a fatal early morning shooting and among at least two other non-fatal shootings that Minneapolis police responded to Sunday.