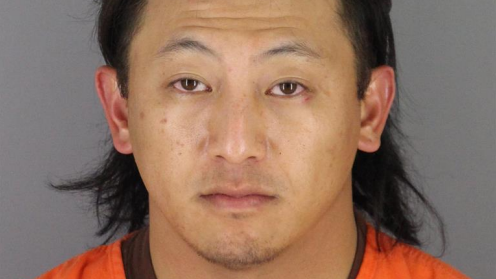 A Brooklyn Park man was charged Friday for the theft of multiple bonsai trees from homes in Hopkins and St. Paul in August and September.

On Aug. 25, Hopkins police responded to a theft at a home on Hollyhock Lane for a report of two bonsai trees stolen from the backyard around 5 a.m., according to a criminal complaint. Surveillance video from the resident showed a man stealing two trees from the yard. These “rare and unusual” trees were about 80-years-old and valued at just under $9,000, a September press release from Hopkins states.

On Sept. 3 around 8 a.m., police again responded to the home in response to an additional bonsai tree being stolen overnight. This tree was 250-years-old and worth nearly $14,000.

On Sept. 9, another bonsai tree was stolen from a residence in St. Paul, a complaint states.

At about 4:30 a.m. on Sept. 14, Hopkins police responded to the home on Hollyhock Lane for a theft in progress. According to Sgt. Glassberg of Hopkins PD, the owners had disguised an inexpensive tree as a bonsai and put a GPS tracker inside.

Officers from Hopkins and St. Louis tracked the tree via its GPS to a red Lincoln MKZ near Cedar Lake Road. Police had a “brief” pursuit on foot with the Lincoln’s driver and passenger; the driver was identified as Yang.

Inside the car, police found bonsai trees and a backpack with methamphetamine, a gun and burglary tools, a complaint says. Yang was arrested and taken to Hennepin County Jail but soon released while police waited for “follow-up.”

Yang was charged Friday via warrant for the bonsai thefts and there are multiple unrelated warrants out for his arrest in other counties. His total bail is upwards of $120,000. Anyone who sees Yang is asked to call 911.

None of the trees have been recovered, Glassberg said, and the Hopkins residents are offering a $3,000 reward for their return.