An investigation is underway in Brooklyn Park after officials with the Salvation Army say its worship and service center was vandalized and set on fire late Thursday.

According to the Salvation Army, the service center located on the 10000 block of Noble Parkway was damaged after a man intentionally set a fire. The organization says a man who is known to police was spotted on a security camera putting a chair and new coats into a chapel pew and then setting it on fire. He is also suspected of having vandalized the office areas and parts of the food shelf.

“I walked into the chapel, I just saw the area that was set on fire, it just broke my heart,” Salvation Army Auxiliary Captain Joshua Polanco said.

Brooklyn Park police say they were called to the building shortly before 11 p.m. Thursday for a burglary alarm, and responding officers saw smoke coming from the church.

Luckily, the Salvation Army says the building’s sprinkler system helped to keep the fire contained. However, many windows were damaged, and it’s estimated to cost at least $100,000 just to repair them. There is also damage in almost every other room. 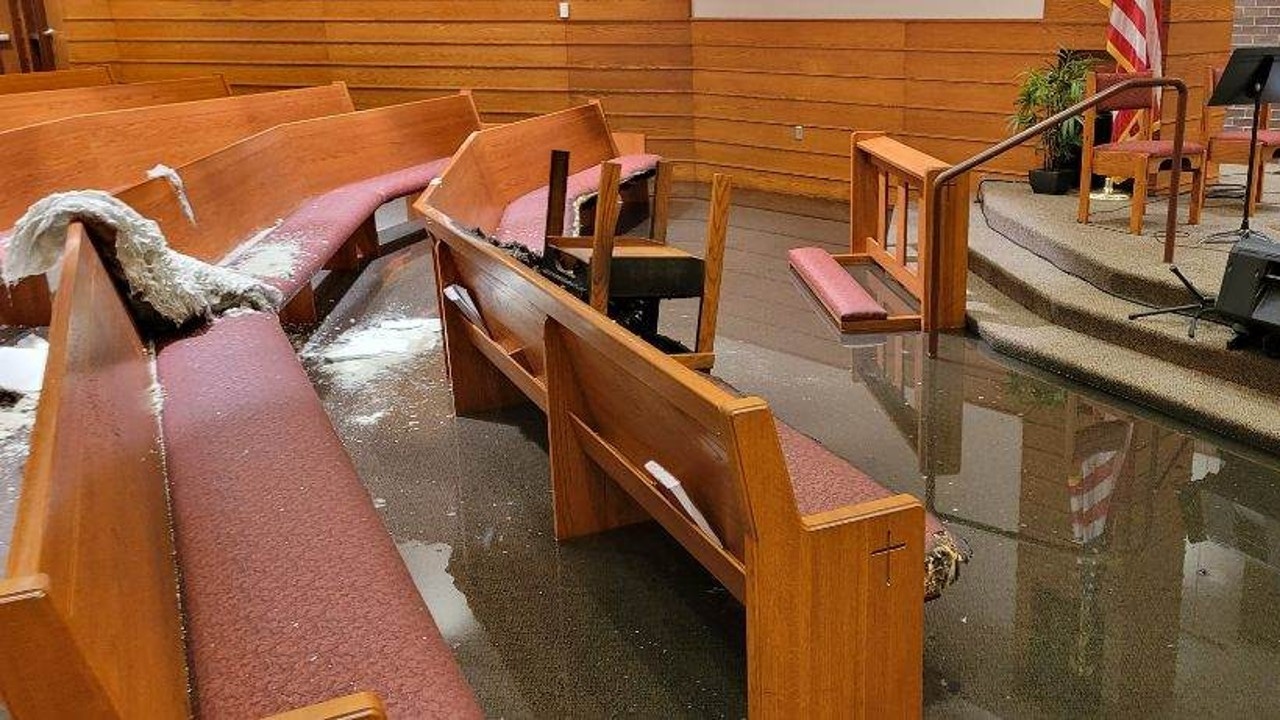 “Anything he could grab and throw against glass he did,” Polanco said.

Police say when officers searched the area, they found a “suspicious male” and also looked at the surveillance footage, adding it showed the suspect “forcibly entering the church” and “lighting a fire in the sanctuary.”

The man was identified as a Champlin man, and he is being held at the Hennepin County Jail for charges of second-degree arson, second-degree burglary and felony damage to property. Police say they are still trying to determine a possible motive.

Polanco described it as a “war zone,” adding the van used for deliveries was also damaged. Furniture located in the worship center’s sanctuary was damaged by fire, smoke and water.

“It was vandalism, vandalism by a single person, unbelievable, I couldn’t believe that one person could do that much damage,” Lt. Col. Dan Jennings, a divisional commander for the Salvation Army, said.

The coats were apparently going to be used for a winter coat distribution event for needy families, which was supposed to happen Friday. However, the event is no longer happening because the coats were damaged and a new date for distributing coats has yet to be decided.

“Of course, your mind goes to why would anyone attack the Salvation Army, we’re to help the community, we’re here to make sure people have what they need,” Jennings added.

He noted that the damage will delay they’re ability to respond and help people in need.

“I believe this person was in distress,” Polanco said.

However, the captain said he’s been thinking about the suspect and hopes he gets help.

“He’s not our enemy, I desperately and pray to God, last night I prayed, even though he’s held up, they find him the resources he needs because he needs help,” Polanco said.