The pandemic has created a prolonged stress on mental health, whether it’s from fears of getting sick, losing a job or not being able to see loved ones. Thousands of people are also mourning the loss of a loved one due to COVID-19.

“It’s so evident, everywhere you look the mental health crisis that we’re going through with the pandemic,” said Kelly Campbell, the community health coordinator for Grand Itasca Clinic and Hospital. “We really need to listen to each other and be compassionate.”

To learn how to better reach out to the community, she took M Health Fairview’s psychological first aid course in February.

M Health Fairview adopted the Minnesota Department of Health’s model when it launched its classes in the fall. It teaches how to support someone who has experienced a traumatic event and the signs that a loved one should be referred to a mental health professional. 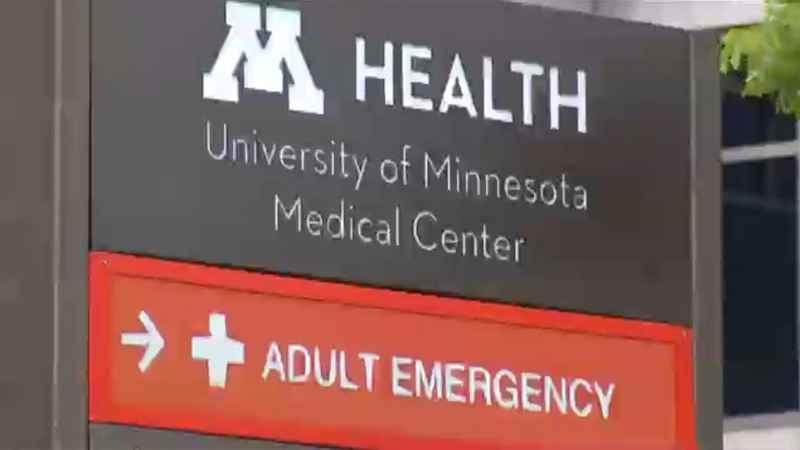 “I wanted a broader understanding of someone who had experienced trauma and how, how you can help in that moment,” Campbell said. “When I got done, I thought ‘I can do this’, really focusing in on being there in that moment, offering comfort, finding ways to help that person feel safe.”

“We’re very far up north so we don’t have a lot of access to programming that you do in the metro,” she said. “Part of my getting trained in this was a little selfish because I wanted to bring this to my community.”

Anyone in Minnesota or western Wisconsin can sign up for the free two-hour class. The course teaches five pillars: safety, comfort, connection, self-empowerment and hope.

“We hope with this training to give people the tools to support friends and coworkers, and also family members, and also members from the community,” said Francisco Ramirez, the M Health Fairview community engagement manager.

He told 5 EYEWITNESS NEWS they will also be offering the class in Spanish.

“The Hispanic, Latinx community shows similar vulnerability to mental health illness but also we face many barriers to mental health [treatment],” said Ramirez. “We have a huge gap that we have to keep working to help our communities.”

According to the National Alliance on Mental Illness (NAMI), Hispanic or Latino adults in the U.S. have an annual mental health treatment rate of about 34% compared to 50% of white adults. The treatment rate among Black adults is about 33%, for Asian adults, it’s about 23%, while multiracial adults have a treatment rate of 43%.

“It’s not only the Latinx community,” said Ramirez. “The Somali community, Hmong community, African American community, and other communities that are there and we need to be there for them.”

M Health Fairview started with five classes last fall. Each class sold out. Over the winter and spring, they worked to expand the instructor pool and increase course offerings.

“We are not saying that after this program, we’re going to have the skills and the training to be a psychologist,” said Ramirez. “Our goal with this program is to give the tools to recognize stress, anxiety and other mental health conditions, and then we will be ready to look for help right away, not waiting until it’s late stage. Things we can approach in the beginning usually always have better outcomes.”

As soon as the state shut down in March 2020, calls to mental helplines increased.

County crisis teams saw a similar increase in demand. People can either call the crisis teams directly or dial **CRISIS, which is the statewide entry point.

“Despite the fact we have a vaccine and people are feeling hopeful and things are starting to open up again, we’ve been through a pretty traumatic period in our lives,” said Sue Abderholden, the executive director of NAMI Minnesota.

She said they have received an increase in calls from parents whose children are struggling. Older adults are also facing challenges.

The Minnesota Department of Health released its preliminary annual suicide report last week. In 2020, 723 Minnesotans died by suicide compared to 830 in 2019.

While the number of suicides statewide decreased, there were more deaths by suicide among those 65 years or older compared to the year before.

“I think that again goes to the impact of isolation on people’s mental health,” Abderholden said. “I want us to really be cautious to say, yes the suicide numbers went down compared to the previous year but it’s still over 700 people that lost their lives to suicide in Minnesota. We still have a lot of work to do to make sure that number comes down much more dramatically in the future.”

She urges people to reach out to loved ones if they notice a change in behavior.

According to Abderholden, warning signs of a mental health crisis can include changes in eating or sleeping habits, or loss of interest in things they used to love.

“I want them to know they’re not alone and life can get better and they can feel better if they get proper treatment and support,” Abderholden said. “To the people who love them, I would say you need to reach in. When you’re really struggling with depression you don’t reach out, so if you’re not hearing from people make that phone call, stop over with a meal, don’t let them be alone.”