The team announced the news Wednesday.

Reeve has been an assistant on the last two Olympic women’s teams. She will be the first professional women’s basketball coach to lead the U.S. team since Anne Donovan was courtside for the 2008 Beijing Olympics.

"I am incredibly humbled and excited to be named head coach of the USA Basketball Women’s National Team, one of the greatest dynasties in sports," Reeve said in a statement. "I have enjoyed an incredible journey with USA Basketball since joining in 2014 and look forward to what lies ahead as we seek more gold for the USA. I am indebted to the USA Basketball Board of Directors, Dawn Staley, Geno Auriemma, and of course, my Lynx family who have positioned me for this prestigious opportunity."

A three-time WNBA "Coach of the Year," Reeve has also been named a 2019 WNBA Basketball Executive of the year and has earned six WNBA titles—four as head coach and two as an assistant coach. 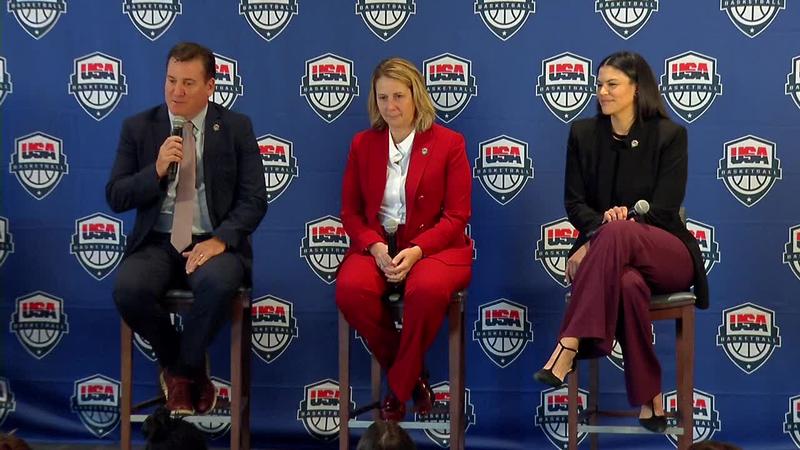 "Becky and I are thrilled for this historic opportunity for Cheryl to lead our country as the new Head Coach of the USA Basketball Women’s National Team. We have been fortunate to witness Cheryl’s leadership and success over the years and look forward to her continuing her journey and remarkable legacy with both the Lynx and USA Basketball."

UConn’s Geno Auriemma was the coach for the 2012 and 2016 Games. South Carolina’s Dawn Staley led the Americans to a seventh consecutive gold medal at the Tokyo Olympics this past summer.