Hundreds of flights have been canceled across the country in the last few days because of a "staffing crunch."

This could be an issue for a good portion of the summer and it is having an impact already at Minneapolis-St. Paul International Airport.

Six American Airlines flights have been canceled since yesterday.

The airline is blaming those cancellations on "significant staffing shortages" which is the result of a couple things.

When air travel plummeted at the start of the pandemic, airlines offered early retirements and buyouts to thousands of employees. 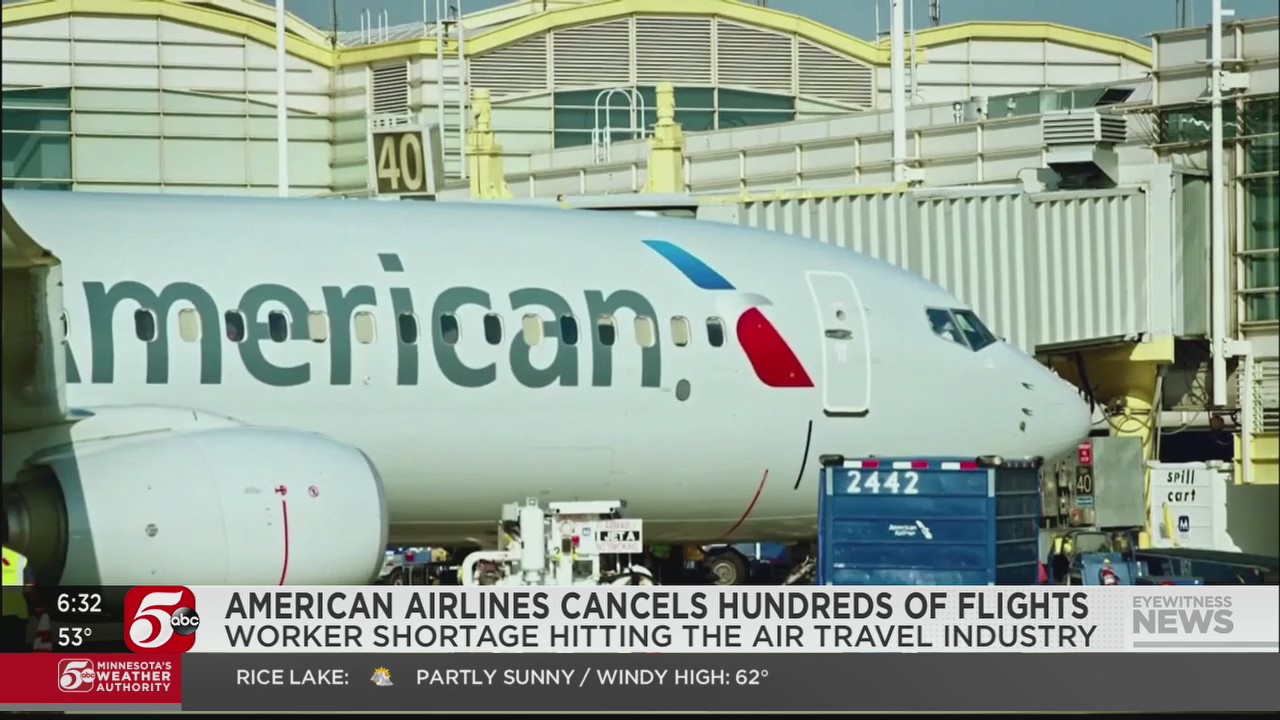 That led them to cancel 300 flights across the country this weekend and they said they expect this problem to continue.

The airline has called off 60 flights per day for the rest of June and up to 80 per day in July.

Other airlines are also reporting a staffing crunch.

At one point over Memorial Day weekend, the wait time to talk with a reservation agent at Delta Air Lines was 21 hours.

The Transportation Security Administration (TSA) is also scrambling to hire to keep up with demand.

"TSA said it would hire, you know, 6,000 new agents, however they’ve been able to hire about 3,000," Everett Kelley, the national president of TSA’s American Federation of Government Employees Union said. "We think that is highly impossible to hire the remainder before this Fourth of July holiday."

American Airlines says they’re trying to cancel flights in places where people can rebook on a different flight.

However, this is causing a headache for some travelers.

For those traveling any time soon, check itineraries and be prepared for changes.