Loved ones honor the memory of murdered teenager

Family and friends remembered the life of a 17-year-old high school senior on Saturday, after he was shot and killed over a pair of shoes in November.

Loved ones and friends packed Elim Lutheran Church in Robbinsdale from front to back to honor Yaseen “General” Thomas Johnson’s life.

In six months, Johnson was supposed to walk across the stage to enter a new chapter beyond high school, but his life was cut short.

“We’re coming together because something significant has happened and we’re trying to find make sense of it by clinging to one another,” Johnson’s cousin said. “It just doesn’t make any sense that it was about shoes.”

On Nov. 14, Johnson traveled to a parking lot in Plymouth to buy shoes from a private seller, when he was shot and killed.

“General was loved. He was brought up correctly, but that wasn’t enough,” Johnson’s cousin, said. “Those other young men needed the same love and nurturing that General received, so that they could all benefit.”

Johnson’s cousin and other family members describe the 17-year-old as brilliant, reflecting on the time when he built his own computer.

He had dreams to join the nursing field to help save lives.

“Beautiful, bright, energetic and kind. He was beautiful inside and out,” Johnson’s cousin said.

Johnson’s classmates explained they felt his kindness daily and the loss is felt through the hallways of Rogers High School.

“He was always there for you. He was the sweetest person,” Brenna Hoffman, Rogers High School student, said.

Johnson’s cousin explained more has to be done to make sure young people can grow old.

“It’s not enough for one person to get all of the good loving and training. Everybody needs that in order for the community to be healthy,” she said. 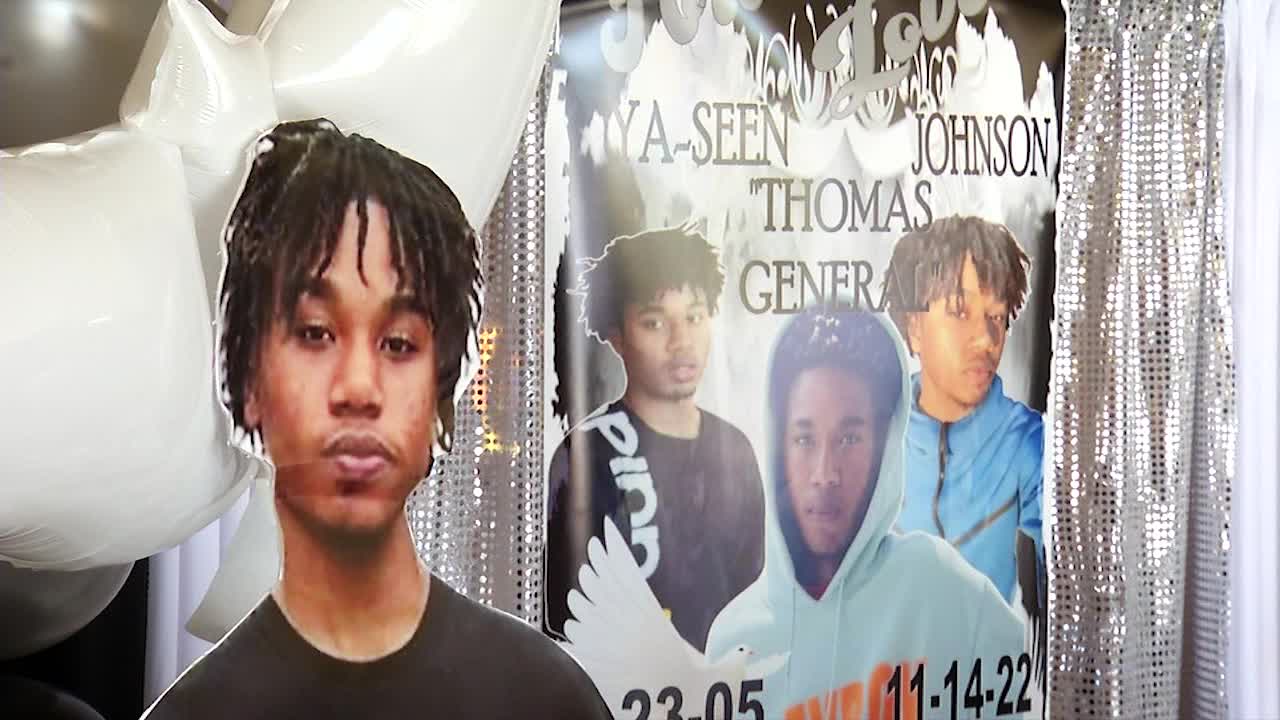 Family and friends gathered in Richfield to remember the life of Yaseen “General” Thomas Johnson (KSTP).

To honor Johnson’s memory, the family is planning to launch a nonprofit organization to create a safe place for young people to exchange products in person.