Locals not feeling at ease with increased security at Minneapolis precincts

Since the beginning of the Derek Chauvin trial, several protests have taken place peacefully in Minneapolis, but the city is ready if that was to change.

Security has stepped up and extended well beyond the streets around the Hennepin County Government Center. Barriers and fencing surround each of the Minneapolis Police Department’s remaining precinct buildings.

Matthew Sandstedt says his coworkers and regulars make the Mill Northeast his favorite spot in town. He can’t say the same for the restaurant’s next-door neighbor, the Minneapolis Police Department’s 2nd Precinct — at least not right now.

"It’s a complicated feeling. Like, the messaging that it sends is problematic to me," Sandstedt said.

Sandstedt fears because Minneapolis police are preparing for an attack, then one will come. He says the fortification of the department’s 2nd Precinct building is creating concern with those coworkers and regulars 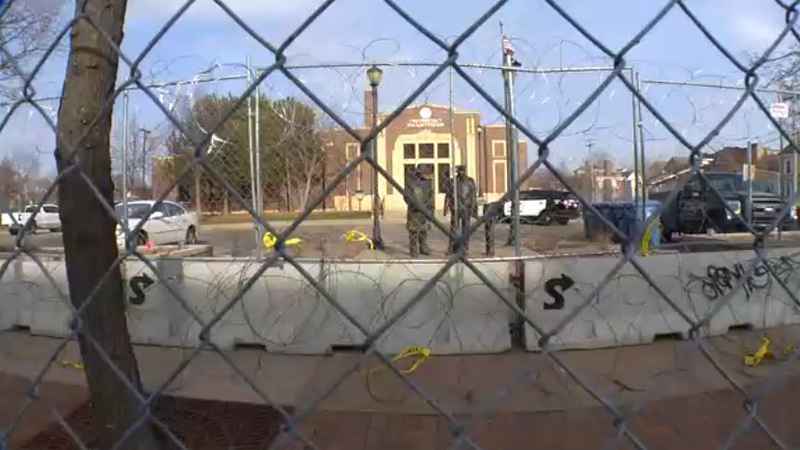 "It very much feels like they are fortifying themselves against the community. I don’t feel very protected when I look at that. I feel aggressed upon," he said.

Sandstedt mentions what when he saw the barricades back up he was confused and did not know why it was needed to be set up again.

For Scott Bergelin, it’s what he sees in his northeast Minneapolis backyard. What he feels is physical changes to the outside are not the solution. That’s something he says comes from the inside with reform and more accountability — then maybe relationships can strengthen, without walls.

Both men told 5 EYEWITNESS NEWS they can understand why police are preparing after what happened in the fallout of George Floyd’s death in police custody.

Parts of neighborhoods were destroyed and the 3rd Precinct was overrun, prompting Operation Safety Net — the joint security plan between local, state and federal agencies — to be formed.

"While we are continuing to track rallies and protests, nothing that we are seeing indicates that there is an imminent threat to the court proceedings or any of the Twin Cities," Minnesota Public Safety Commissioner John Harrington said.

The multi-agency effort has helped Minneapolis police bolster their precincts and is working to keep the peace in the Twin Cities. The Minneapolis Police Department says it has discussed the plan with residents at community meetings.

"We continue to monitor all areas of the city and continue to be responsive to the needs of all communities," said Minneapolis Police Department Assistant Chief Henry Halvorson.

Until police feel it’s time, there is no hard date on when barriers and fencing will be removed.