At the General Store in Minnetonka, it wasn’t hard to spot the signs of Small Business Saturday.

A packed parking lot. Inside, traffic in the aisles. And people waiting in line, instead of online.

“Our customers have been so loyal,” declares owner Jenny Putnam. “They really come out and they’re happy to be in person again.”

What a difference a year makes.

“Everything online last year,” says Karen Cascio, from Minnetonka. “I don’t think I went into a single store last year.” 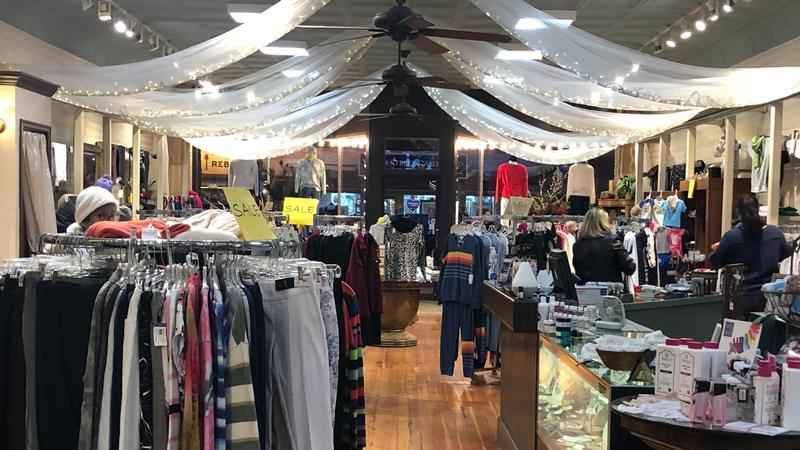 That was then, and this is now.

She says while the store’s web presence has increased, she’s more than happy to see shoppers back in person.

The General Store is a sprawling open space; a potpourri of tables and displays, stacked with items created by more than a thousand vendors.

About 50 employees are on hand as shoppers comb through items made domestically — some of them in Minnetonka or elsewhere in Minnesota — and others from overseas, as far away as China.

Putnam says about 30% of her inventory is locally made — the rest is shipped in.

"It was a lot less busy last Small Business Saturday,” Putnam notes. “And as we all know, we had to limit capacity last year."

She remembers how state officials mandated a 50% capacity limit.

"We had a line outside and we put a bonfire in place outside, so people could enjoy the bonfire while waiting in line,” Putnam says.

A year later, supply chain delays — some for a few weeks, other months — have been a challenge.

Putnam says she and her staff were prepared.

“We have seen some delays in the supply chain, but we’ve been in the know since last January,” she explains. “We’ve been preparing for this for quite some time.”

Another poll says 34% of Americans planned to shop in person Saturday.

This year’s numbers likely won’t be available until sometime next week, experts say.

"This year and today I’m out shopping small businesses to support and getting gifts that are local,” she says. “I got a candle and you can’t smell a candle online. But here you can smell, touch, look, see. It’s a lot better than shopping online."

Martin, in charge of her family-run women’s clothing store Martin’s Boutique in Excelsior, says that’s double the traffic of a normal Saturday.

She says a big downside is those supply chain delays.

"Just our shopping bags, to give to people when they buy something, we haven’t been able to get them since June, which is super late. Normally we can order and they’re here within a week two weeks,” Martin says.

She explains the bags are from Atlanta.

Nearby, dozens of ball caps on display are from Pennsylvania.

Martin says she ordered them in April but they didn’t arrive until September.

That can’t happen with clothing orders, she says.

"We’re such a seasonable business,” Martin notes. “If we lived in Florida, it would be different, but being in Minnesota, we can’t take things that were supposed to be delivered in July and August because that’s summer merchandise."

That American Express poll also shows how crucial the next few weeks will be for these mom-and-pop retailers.

It says 78% of small business owners say holiday sales will determine if they survive in 2022.

She says she tends to spend more impulse buying when she shops in person.

Still, Cascio says she plans to stick to her $500 spending limit — at least at one store.

5 EYEWITNESS NEWS asked Cascio if being inside a store and seeing other people was more fun than shopping online.

“Absolutely,” Cascio smiled. “You get the energy from being around people, which you don’t get when you’re home sitting on your couch."