A local and nationwide lifeguard shortage may impact your family’s summer plans.

If more people don’t apply and train to become lifeguards, the American Lifeguard Association reports one-third of the country’s nearly 300,000 public pools could be affected.

“We’re experiencing what we consider a critical lifeguard shortage,” Wyatt Werneth with the American Lifeguard Association said. “Because of the pandemic, people who did find other jobs that would normally come back to lifeguarding stayed with those jobs.”

While the Minneapolis Park and Recreation Board is hiring, on Sunday there were several lifeguards at Lake Nokomis’ beach.

“When we walked up and saw the lifeguards on duty it made us feel safer,” Minneapolis resident Dan Sterner said while at Lake Nokomis with his 4-year-old twin daughters. 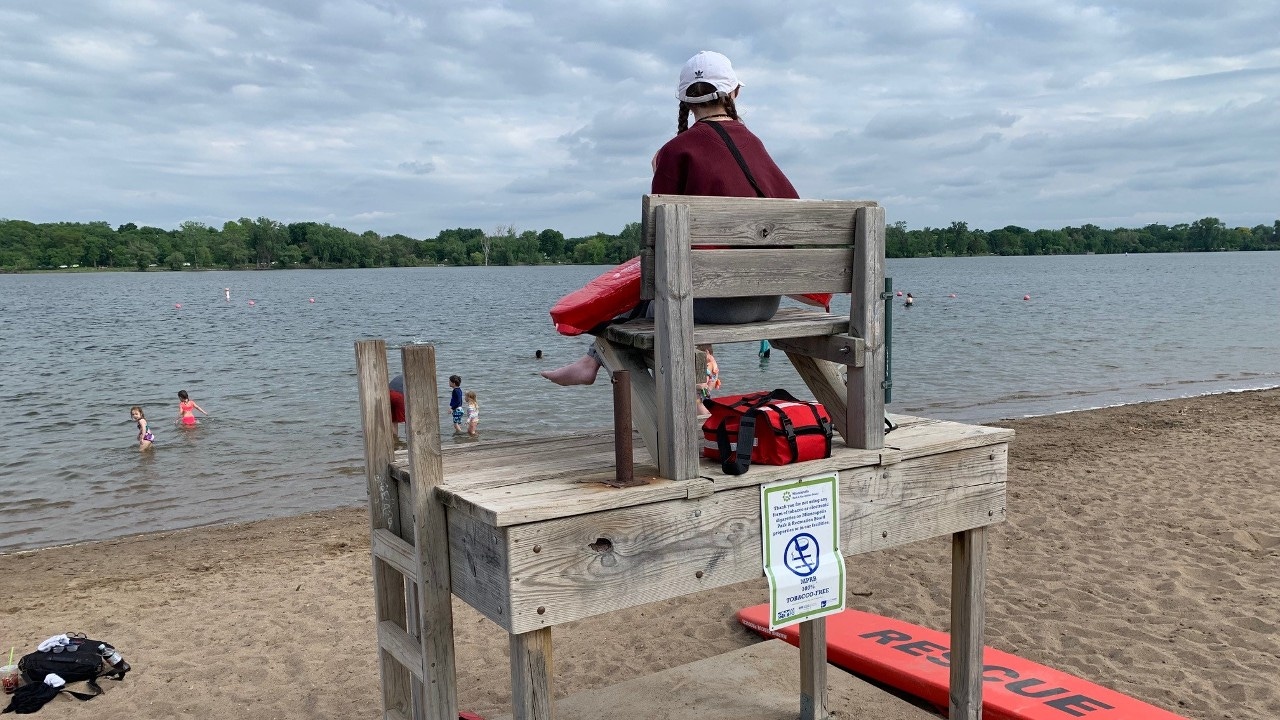 A lifeguard is on duty Sunday, June 5, 2022, at Lake Nokomis in Minneapolis. (KSTP/Ben Henry)

Organizations are trying to fill the void. The American Red Cross tells 5 EYEWITNESS NEWS it’s been hard to hire and retain positions at aquatics centers because of the competitive job market.

The YMCA is also hiring lifeguards and is having an in-person job fair on Tuesday, June 14.

Richfield is days away from opening its public pool and needs positions filled. The city shared online that it’s offering a signing bonus, a commitment incentive and certification training.

The YMCA and Minneapolis are also paying for the training needed to become a lifeguard.

To help prepare yourself and family ahead of summer — including if you find a beach or pool with no lifeguard — Water Safety USA has information on how to become water competent.