A labor of love.

On Friday and Saturday, a crew of skilled carpenters had been working in her backyard, to build a surprise creation for her 4-year-old daughter Grace.

“She didn’t know that today was the day that it would be her wish coming true,” Daily smiles.

Grace’s young life has not been an easy one.

Her parents say when she was just a year old, she started appearing lethargic, not her usual bouncy self. 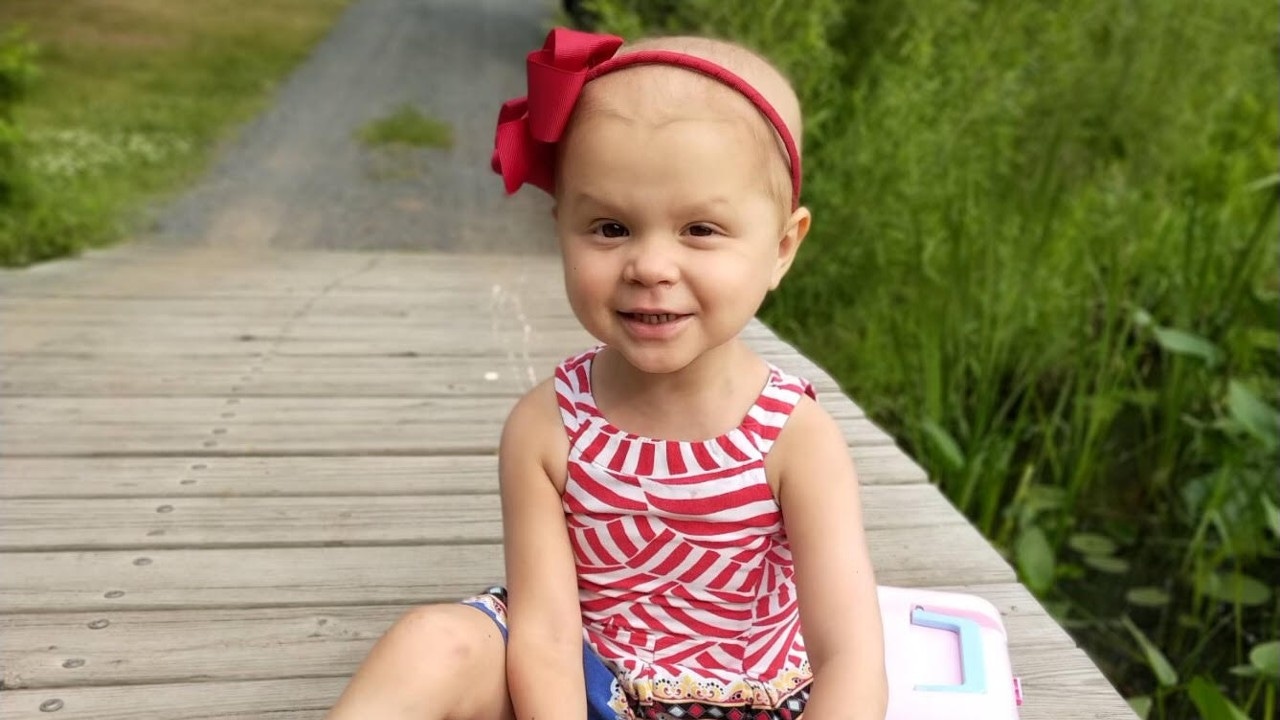 Grace is now cancer-free at 4-years-old.

Grace’s doctors thought it might be a virus causing a low blood count.

“She kept getting sick on and off and we ended up in the ER, because she had a temperature,” Christina recalls. “That’s when they basically said we think it could be cancer.”

With the help of chemotherapy and steroids, she fought back.

It was a two-and-a-half year-long battle.

“She knew that something was going on in her body,” Grace’s father, Reggie notes. “We told her she had to be strong and that’s really the message she taught us, we need to be strong too.”

Now — months later, with the help of Wishes and More — a group that grants wishes to children with terminal and life-threatening conditions — Grace’s dream of a playhouse ‘fit for a princess’ is coming true.

“We sent paint options to Grace and she chose exactly what she was looking for, she chose white and pink,” Daily says. “We piece it together from there.”

On Saturday afternoon, the carpentry crew scrambled to complete the finishing touches.

Grace had no idea that THIS was the day — until the big reveal when she came home.

The four-year-old was all smiles as she toured her new mini-house.

“Oh my gosh, Grace, look at those little chairs!” Christina exclaimed. “I don’t usually get emotional or teared up, but yeah, it’s been a long two-and-a-half years and just to be blessed with something incredible for Grace, it’s just amazing, really, really awesome.”

Wishes and More also gave Grace what the organization calls “a scholarship of hope.”

A $2,000 gift that she’ll receive when she graduates from high school.

As for Grace herself, she’ll have to be checked out by her doctors every two months for the next two years.

But on this beautiful spring day, her family is already anticipating plans for the playhouse.

“The size of it, this will be good for the next twelve years for her at least,” Reggie says with a grin.  “It’s going to be fun having her friends come over and have some sleepovers and tea parties, and see what comes of it.” .

On May 31 — there will be another special day.

Grace will be celebrating her fifth birthday.

For now — there’s this gift of love and hope, for one courageous girl.

“Family, grandparents have been absolutely huge, and Children’s Minnesota has been incredible,” Reggie explains. “Our faith is what carried us through this, and we’ve got one strong little girl. We’ve learned a lot from her through this, and support from family and friends is something we could never imagine.”