This year’s NCAA Tournament has been filled with upsets and heart-stopping endings. And that was exactly what happened Saturday night when Minnesota native Jalen Suggs hit a buzzer-beater in overtime for No. 1 Gonzaga, sending them to the championship game.

The Zags defeated 11th-seeded UCLA 93-90 in the semifinal and will face fellow top-seeded Baylor in the title game Monday night.

“I was just shocked. I mean, but he seemed like he knew it was going in the whole time,” said Jordan Hagan, whose family went to Gonzaga University.

Hagan’s grandma even stayed up watching the game last night. 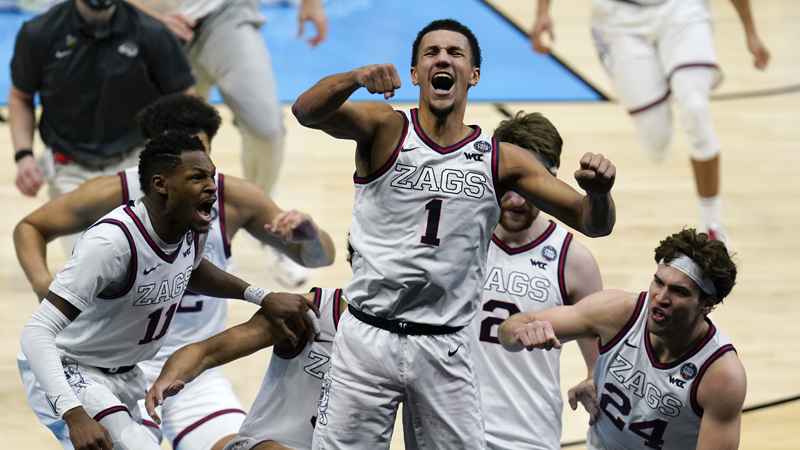 What some may have forgotten is just about a year ago Suggs was going to Minnehaha Academy, dominating in more than just basketball.

“Jalen was the best football player in the state of Minnesota his senior year. And probably his junior year, too. And people don’t talk enough about that,” Thurow said.

Thurow says the faculty has been excitedly following Suggs’ career since he graduated.

“When they tied it up in overtime, I was just nervous about going to a second overtime, and Jalen decided he didn’t want that, either. So he just put it away, hit that big shot, and then it was just elation. I had the good fortune of watching it with my son, Bennett, who was a classmate of Jalen’s, and we got to celebrate together,” Thurow said. “It was a lot of fun seeing him become a legend in college basketball last night.”