As the world hopes for peace in Ukraine and watches as Russia expands its attacks, many are wondering what Vladimir Putin’s plan is for Ukraine. Are we on the verge of World War III? Or worse yet, nuclear war?

“Putin since coming to power — first as Prime Minister and then as President, just about 22 years ago — has been seeking over this long period of time to reestablish what he sees as the Great Russian Empire,” said Kathleen Collins, associate professor at the University of Minnesota and an expert on Russian politics. “I see this as an attempt to take all of the territory of Ukraine.”

Collins said economic sanctions against Russia came too late. “So they did not have a deterrent effect.”

However, while sanctions didn’t stop Russia from invading Ukraine, Collins believes they are impacting Russia’s economy, especially the middle class. 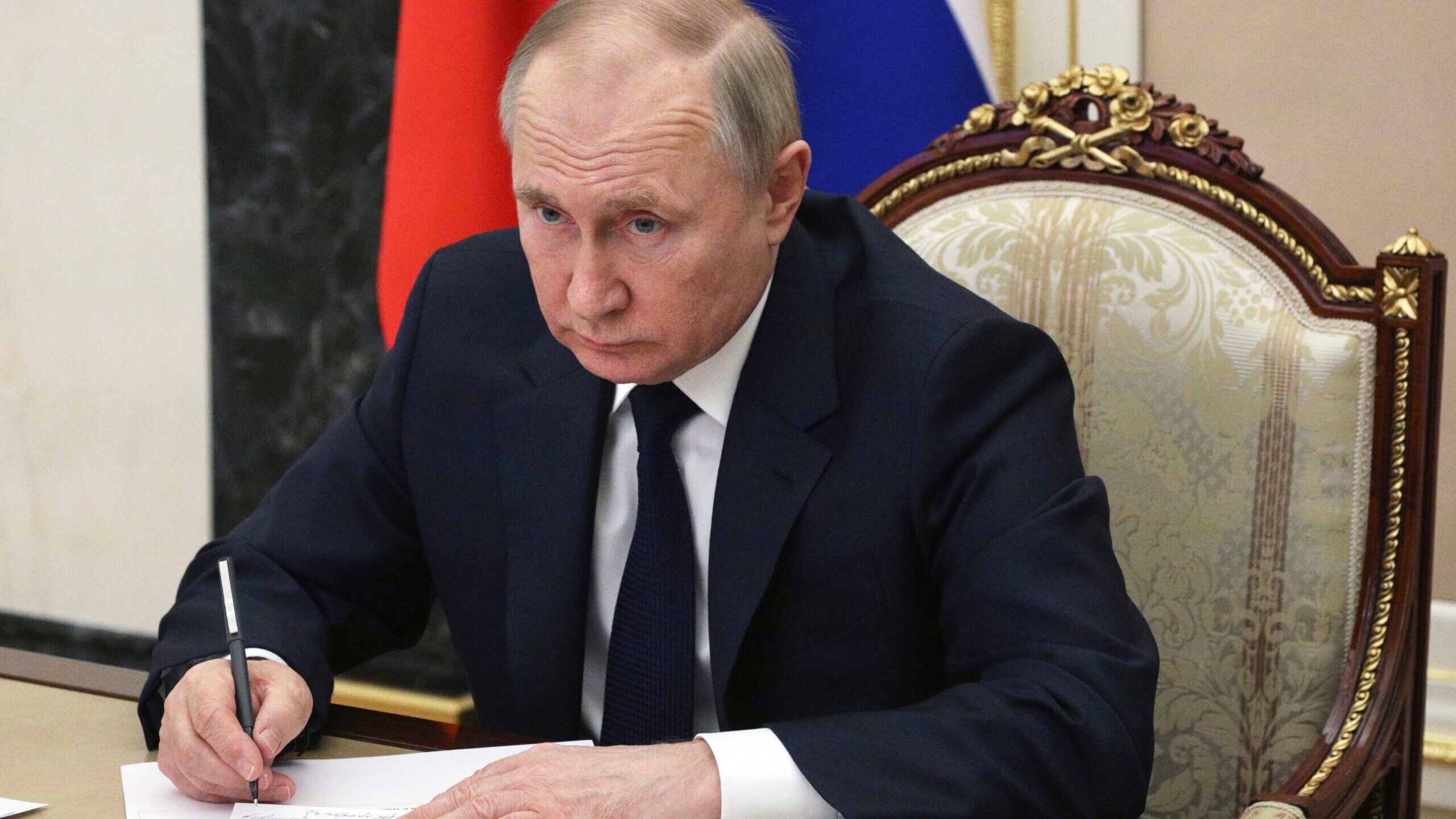 According to Collins, most Russians have no idea what’s happening in Ukraine because Putin’s authoritarian state controls access to all speech and communication, including telephones, the internet, television, radio and social media.

Collins shared propaganda videos produced by the Russian government. She received them from friends inside the country who use cell phones to record and send them to her.

“The line that ordinary Russians are getting is that the Russian military is being sent to ‘denazify’ Ukraine,” Collins said. “That Russia is being threatened by fascists who are backed by the West. That all of these sanctions are the West’s fault.”

After Russia invaded Ukraine, Putin threatened Western leaders with “consequences you have never seen” if they intervened. Mark Bell, University of Minnesota associate professor and an expert on nuclear weapons, told us he believes Putin was talking about using nuclear weapons.

“You know, this is this is part and parcel of international politics,” Bell said. “It’s something that plenty of American presidents have engaged in and plenty of leaders of other countries as well.”

Threats aside, what Russia has done is attack nuclear power plants in Ukraine. Bell said it’s all part of Putin’s brutal strategy and he doubts Moscow would use nuclear weapons. “I think it’s unlikely, but we can’t rule it out, especially if the conflict seems to be going poorly for Putin.”

Bell said using nuclear weapons in Ukraine would be a huge escalation of the conflict. And on a scale of 1 to 10, with 10 being the worst, he puts the threat of nuclear war right now at less than a 1.

“Nuclear war is not imminent,” Bell said. “As long as the United States stays out of being sort of in direct conflict with Russian forces I think the risk of nuclear escalation is low.”

However, if Russia moves on NATO countries in Eastern Europe, Bell said it’s a different story: “Well, if Putin were to do that, then that would be, you know, more or less initiating World War III.”

“Yes, I’m sure he does. Whatever else you think about him. He is not an idiot, right?” he said. “We’re obviously in a dangerous period. And there is a clear nuclear dimension to what is happening. But ultimately, the risks of nuclear war as things stand remain low. And as long as the United States continues on this sort of restrained approach to this conflict, I don’t think there’s any reason to expect that to change imminently.”

Collins said the Russian invasion of Ukraine may not turn out as Putin planned.

“Think about this: If we can believe the casualty counts we’re getting, Russia has already lost more soldiers in Ukraine than the United States lost in Afghanistan,” she said. “Once those body bags start coming back and the Russian population starts to realize what’s actually happening, as they did with the Soviet war in Afghanistan, they are going to really start to question this. And then Putin is going to face not only the challenge of Ukraine, but his Russian population at home becoming extraordinarily angry and threatening his rule.”

But Putin apparently even has a plan to shield casualties from the Russian people. Ukrainian President Volodymyr Zelenskyy recently told reporters that Russian troops have mobile cremation units with them to hide the number of war dead from the public back home.

Kathleen Collins calls this the most heinous military invasion since Hitler in 1939 and says the West needs to keep the pressure on Russia to save millions of lives.