The nation watched Monday night as Buffalo Bills safety Damar Hamlin made a tackle in the first quarter and collapsed moments after. The Bills later confirmed the 24-year-old went into cardiac arrest on the field.

“I think the first thing that stuck out is we don’t often see cardiac arrest happen in such a public space with so many people able to see what happens,” said Dr. Jason Bartos, the associate director of the Center for Resuscitation Medicine at the University of Minnesota, which is a national leader in cardiac arrest care.

He told 5 EYEWITNESS NEWS, “Cardiac arrest is not common among athletes.”

Fans and teammates held their breath as Hamlin received critical care on the field. Medical teams launched into the cardiac arrest “chain of survival” by identifying his condition, starting CPR and using an automated external defibrillator (AED) to shock his heart. 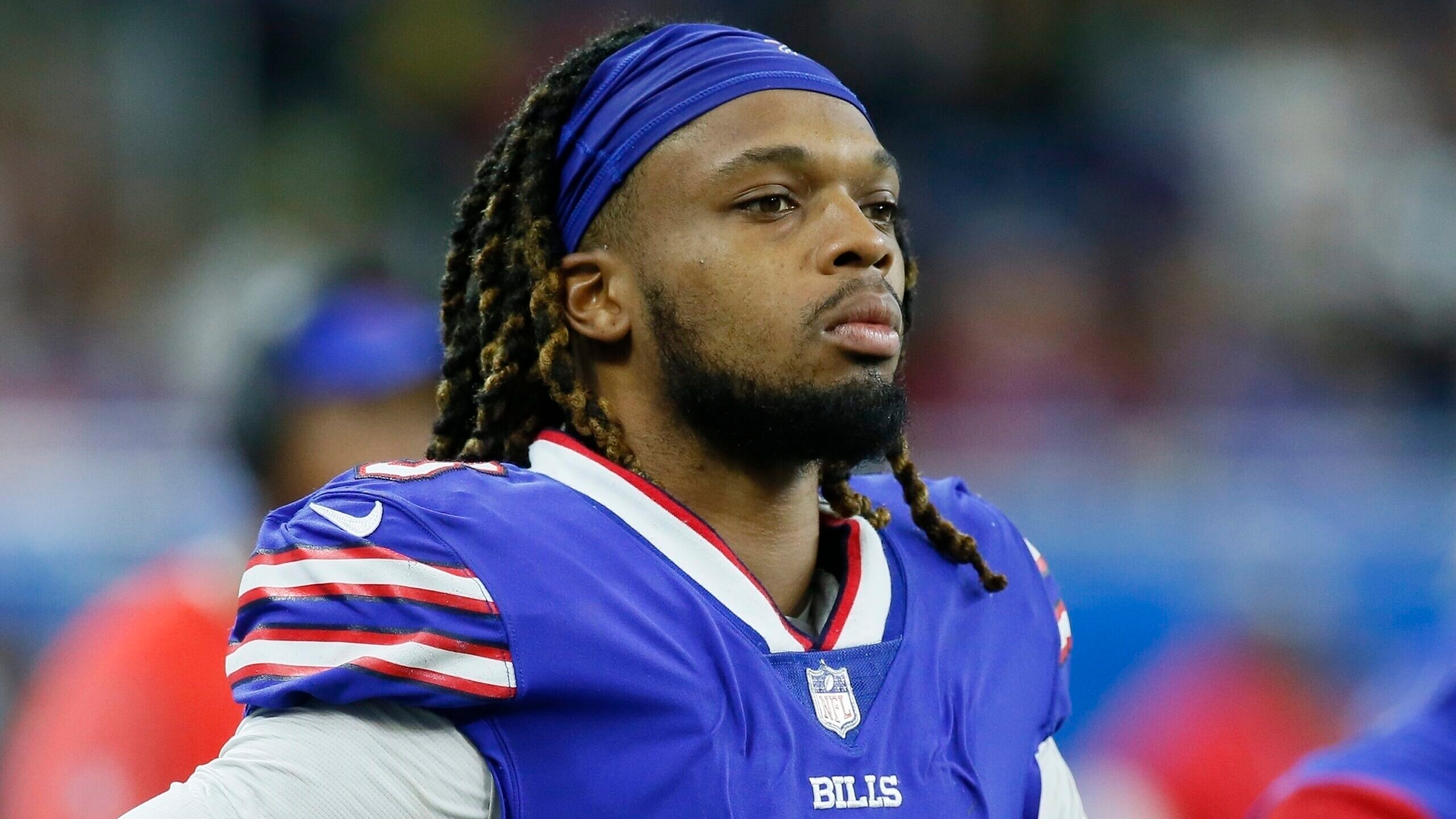 FILE - Buffalo Bills safety Damar Hamlin looks on during the second half of an NFL football game against the Cleveland Browns, Nov. 20, 2022, in Detroit. Hamlin collapsed on the field and appeared to be getting CPR before being driven off the field in an ambulance during an NFL football game against the Cincinnati Bengals, Monday, Jan. 2, 2023. (AP Photo/Duane Burleson, File)

“One of the best predictors of outcomes and the largest impacts we can have to improve outcomes in people’s cardiac arrests is delivering early, high-quality CPR,” Bartos said.

The AHA is using this health crisis as a teachable moment to encourage people to learn bystander CPR. Traffic to its Hands-Only CPR page shows a 203.8% increase in page views on Jan. 3 over average Tuesdays.

“Everybody can be trained and should be trained,” Germany said. “We lose about 10% of people for every minute [that passes]. It’s huge. If you wait for an ambulance to get there, which on average is seven minutes, then 7 out of 10 people will not make it.”

Germany said it’s also important to identify the location of an AED when you’re in a public place so “you have the safety equipment you need when you have large groups together.”

RELATED: New campaign shines light on opioid epidemic, how CPR can save lives

U.S. Bank Stadium has permanently installed AEDs throughout its facility. According to a spokesperson, medical staff are equipped with additional AEDs for mobile response during major events.

The Vikings have about 30 medical personnel on-site for every game at U.S. Bank Stadium. The team has also developed an emergency action plan.

Symptoms of cardiac arrest can include loss of pulse, abnormal breathing, and becoming unconscious.