Local and state leaders address rising crime in the Twin Cities, progress with ’21 Days of Peace’

The "21 Days of Peace" initiative, led by local and state leadership, is focused on reducing crime in the Twin Cities.

Saturday, officials and community leaders gathered at the Shiloh Temple in Minneapolis to discuss progress on combating violence in the community. Minneapolis Police Chief Medaria Arradondo said that, so far in 2021, there have been more than 470 people wounded from shootings and 69 homicides in the city.

"I also want to make sure all of you understand that as we talk about statistics, these are human lives," Arradondo said. "And particularly, our young black and brown boys and men, their lives are not disposable."

What began as groups of pastors patrolling ten neighborhoods has transformed into something broader. The 21 Days of Peace initiative, organized by community and faith leaders, is a grassroots effort featuring volunteer patrols in neighborhoods aimed at curbing violence. Leaders said the effort is working.

Minnesota Public Safety Commissioner John Harrington said there have been 36 arrests for felony and gun crimes since the initiative commenced. He also said law enforcement has recovered 16 guns from the street. 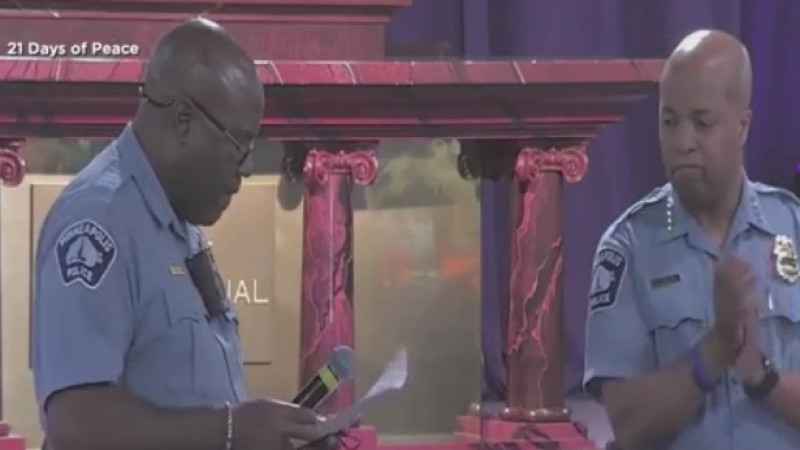 The Bureau of Criminal Apprehension has also taken agents from across the state and stationed them in the Twin Cities to help staunch the spike in crime.

The movement was initially started during a rise in violence in May of 2021, in the wake of three separate instances of children being shot — two died.

"I can promise you this from the state," Harrington said. "We will not give up. We will not let this go. We will not forget that we will follow this to the ends of the earth, and we will hold the people who killed these babies accountable."