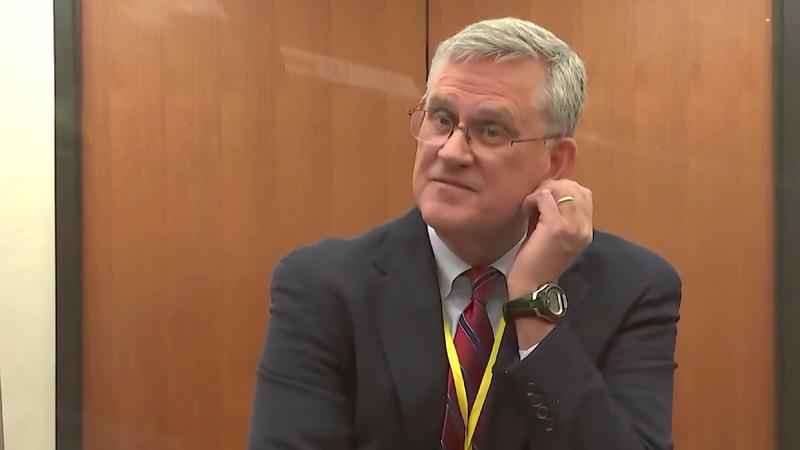 At 10 a.m., questioning of potential juror No. 58 — a white man in his 30s — begins. He says the godfather of his daughter is a police officer and they haven’t been able to see each other as often as they would’ve liked due to the pandemic.

Chu then informs Juror No. 58 that he will serve on the jury for this case, filling out the jury.

At 9:10 a.m., Juror No. 57 — a white woman in her 70s — enters and Friday’s individual questioning begins. She says her father was an attorney and her son-in-law is also an attorney. She’s served on two juries, one of which included a police officer who arrested a Hmong man on the way to a funeral because an object was mistaken for a gun. She says jurors in this case "will carry a heavy burden of responsibility" but she would feel honored to serve, if chosen.

Frank takes over at 9:25 a.m. She reiterates that she could set aside past experiences as a juror and decide this case based only on the law. On demonstrations over the past year, she says it’s a good time for society to examine these issues. She says she generally trusts the police but there are still instances where that’s not true.

After five minutes of questions from Frank, Chu informs the woman that she will be on the jury, making her the 13th juror seated and leaving one spot left to fill.

A new panel of seven jurors is then called in to be sworn in and have the process explained to them by Chu.

The final two jurors seated will be alternates.

Entering Friday, the state has zero peremptory challenges left while the defense has one.

This story will continue to be updated throughout the day as jury selection proceeds.