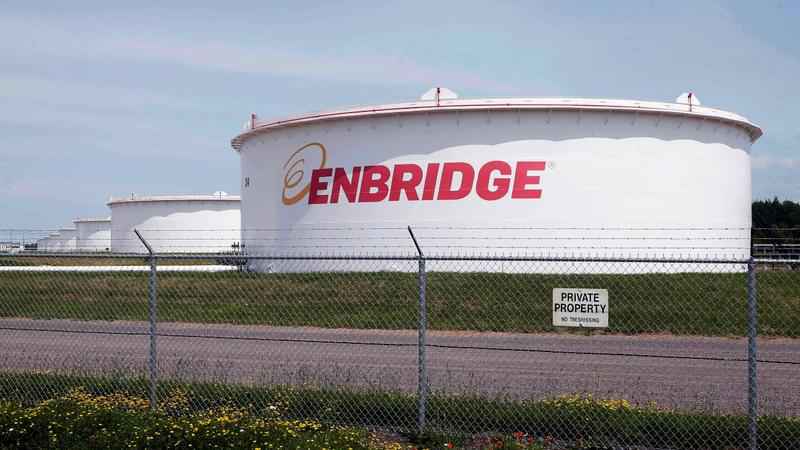 The legal move came as protests continue along the route in northern Minnesota. More than 500 protesters have been arrested or issued citations since construction on the Minnesota leg of the project began in December, but they have failed so far to persuade President Joe Biden’s administration to stop the project. Meanwhile, opponents have been demanding more transparency about a spill last week of drilling mud into a river that the pipeline will cross.

The White Earth Band of Ojibwe, the Red Lake Band of Chippewa, the Sierra Club and Honor the Earth petitioned the state’s highest court to hear the case after the Minnesota Court of Appeals last month ruled that the Public Utilities Commission correctly granted Calgary, Alberta-based Enbridge a certificate of need and route permit for the 337-mile Minnesota segment of a larger project to replace a crude oil pipeline built in the 1960s that can run at only half capacity.

The state Commerce Department was part of that earlier appeal but decided not to ask the Supreme Court for further review. One of the central issues in the earlier appeal was the Commerce Department’s contention that Enbridge’s long-range oil demand projections failed to meet the legal requirements. But the appeals panel ruled 2-1 that there was reasonable evidence to support the PUC’s conclusion that the forecasts were adequate.

The department said that while the Court of Appeals disagreed with its position, the court’s opinion provided clarity for similar future proceedings. The remaining parties still argue that the PUC failed to demonstrate the need for the oil that Line 3 would transport. And they said in their petition that the appeals court should have considered whether there was enough evidence to back up the PUC’s finding that the existing Line 3 poses a real and immediate safety risk.

The Line 3 replacement would carry Canadian tar sands oil and regular crude from Alberta to Enbridge’s terminal in Superior, Wisconsin. The more than $7 billion project is nearly done except for the Minnesota leg, which is more than 60% complete. Opponents say the heavy oil would accelerate climate change and risk spills in lakes, wetlands and streams where Native Americans harvest wild rice, hunt, fish, and claim treaty rights. But Enbridge says the replacement, made of stronger steel, will better protect the environment while restoring capacity and ensuring reliable deliveries to refineries.

Opposition groups have stepped up pressure for authorities to disclose more details about their response to the July 6 drilling mud spill near Palisade where the pipeline will cross under the Willow River, a tributary of the Mississippi River.

“It was a bright yellow or orange color and it was bubbling up from the river bed,” said Shanai Matteson, who lives nearby and was part of a group that spotted the spill the morning it happened.

They saw no immediate efforts by officials to monitor or contain the spill, Matteson said. Crews later brought in a pump truck and placed booms in the river, she said.

MPCA spokeswoman Cori Rude-Young said the spill was inadvertent and involved around 80-100 gallons of mud made up of bentonite clay, water, and an approved, nontoxic additive made from xanthan gum, a common food ingredient.

“Upon identification of the release, all drilling activities at the location were suspended and containment and cleanup activities were started,” Rude-Young said. She said the investigation was continuing.

Even if the drilling mud was primarily clay, Matteson said, the silt can still harm sensitive aquatic organisms. And she said the spill made opponents even more worried about what could happen if the pipeline were to leak near that spot, since the heavy oil the pipeline will carry could sink and go undetected for some time.

Rita Chamblin, an activist from the Bemidji area, said she got few answers last week when she tried contacting the MPCA to see how officials there were going to respond.

“Would we have ever known about it had we not had people there?" Chamblin asked.

Melissa Lorentz, an attorney with the Minnesota Center for Environmental Advocacy, said Enbridge’s permits specifically prohibit the discharge of drilling mud into waters along the route.

“There were no impacts to any aquifers nor were there downstream impacts because environmental control measures were installed at this location,” Kellner said.