Lt. Johnny Mercil and Cmdr. Bruce Folkens, who were heard making disparaging remarks about protesters in a batch of bodycam footage released earlier this week, no longer work for the Minneapolis Police Department, an MPD spokesman confirmed Saturday.

The video, which was recorded during the unrest following George Floyd’s death, was publicly released Tuesday as part of a set of evidence in the criminal case against Jaleel Stallings, a man who was accused of trying to kill police officers. Stallings was acquitted of all charges earlier this summer after arguing he fired in self-defense at an unmarked van.

The videos are from the police response on May 30, 2020, the first Saturday after Floyd was murdered. Stallings’ attorney, Eric Rice, fought to release the video to show officers’ tactics during the unrest. A letter from Rice with a transcript of the video identifies Mercil and Folken.

A Minneapolis police spokesman said Mercil’s last day of employment was May 3; Folkens left the department on July 31.

At one point, Folkens can be heard saying, “Instead of chasing people around … you guys are out hunting people now, and it’s just a nice change of tempo.” 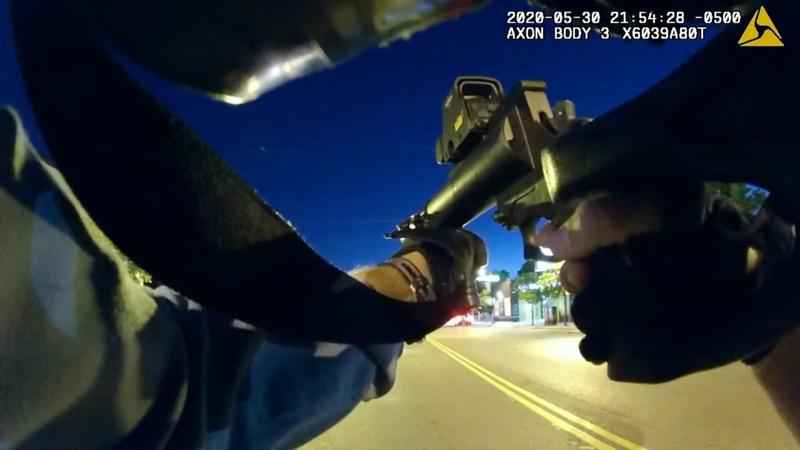 In an excerpt taken from a different officer’s bodycam, Mercil can be heard saying he wanted to "prove the mayor wrong" about his earlier comments that white supremacists from outside the Twin Cities were causing violence and destruction. He also said a nearby group "is probably predominantly white because there’s no looting and fires."

Mercil testified on MPD’s use of force policy in the murder trial of former officer Derek Chauvin. At the time of the trial, he testified that he was on medical leave.

Mercil joined the department in 1996, was promoted to lieutenant in 2017 and was assigned to the training division in charge of use of force.