From parades, concerts, and communities creating safe spaces, Pride Month is a time of celebration for many — but for those on the advocacy front aren’t losing sight of the challenges the LGBTQ community still face.

A stark reminder of that came weeks before this celebratory month — The Trevor Project’s annual survey shined a light on the shadows many LGBTQ youth live in today.

One key finding — from the nearly 34,000 participants, ages 13-24 — was that 45% of LGBTQ youth seriously considered suicide in the past year.

“The statistics related to suicide and suicidal ideation are kind of the houses on fire kind of moment,” Dave Edwards, CEO of Gender Inclusive Schools, said. 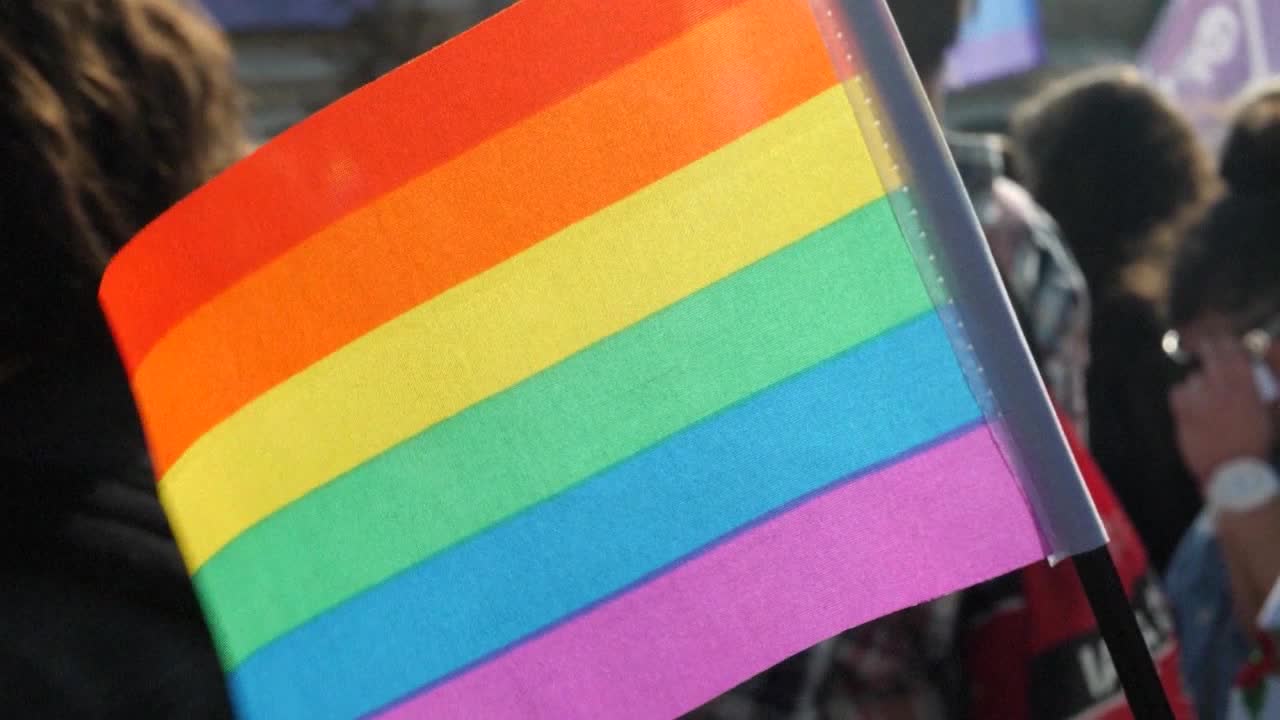 “We know that one supportive adult can reduce negative mental health outcomes by 40% for LGBTQ+ kids,” Edwards said, adding: “That’s a tremendous responsibility and a great opportunity [for] our teachers can make a difference. Being supported at school, even if a kid isn’t supported at home, can be life-saving for a lot of these students.”

More statistics from the Trevor Project back that up — according to the survey, the suicide attempt rate is nearly three times higher in communities that are “very unaccepting” of LGBTQ people than in those that are “very accepting.”

Edwards work is personal — he’s the father of 11-year-old Hildie who is a transgender girl. He says his daughter has been bullied and discriminated against. Hildie is resilient through and is now a trans youth activist who will be one of the grand marshals in this year’s Twin Cities Pride parade.

“As the parent of a trans kid, what I immediately pivot to is, ‘what are we going to do about it? And what actions are we going to take to make sure that these horrible situations aren’t repeated over and over again?’” Edwards said about the work to improve the lives of this community.

While Edwards’ organization focuses on schools, the work to propel the lives of LGTBQ people in Minnesota goes further. The state’s largest advocacy organization, OutFront Minnesota, covers an array of sectors.

“We know that youth are deeply affected by both the overall climate, by the immediate conversations that are happening within their neighborhoods, their communities, their schools, and we know that LGBTQ youth, particularly trans youth, are targeted at higher rates for bullying,” Rohn added.

Their work spans from the state capitol, school board rooms, to the smallest of corners in a community — Rohn says anyone can help improve those grim statistics and save lives.

“I always say to people: Do the work where you are, look around in your neighborhood, at your workplace, at your church, at your local schools, and say, ‘What can I do here to make this a better space for folks?’” Rohn said.

Both organizations say to reach out to learn how they can help.

If you’re in a crisis, support can be found here.