The Minnesota Legislature is slowly reaching agreements on budget and policy bills impacting every Minnesotan, but they have just over a week to finish a massive amount of work. One major piece of the budget fell into place with agreement on a transportation funding bill.

"House File 10 is a result of agreements we reached with the Senate," Rep. Frank Hornstein, DFL-Minneapolis, said during a House Transportation Committee meeting Tuesday. "As in any negotiation, there are some important items for both sides that dropped off."

Among the items the DFL lost were all tax and fee increases they had proposed, meaning there will be no gas tax increase for highways and bridges, no new metro sales tax for transit and no license tab fee increases.

Of those lost "revenue raisers," Hornstein, the chairman of the House Transportation Committee, lamented the rejection of the gas tax increase proposal to pay for highways and bridges around the state.

"Some of those we can fund through the general fund, but only on a short-term basis. So that long-term, dedicated, sustainable funding that’s so important for roads and bridges that we value so much was not included," he said. 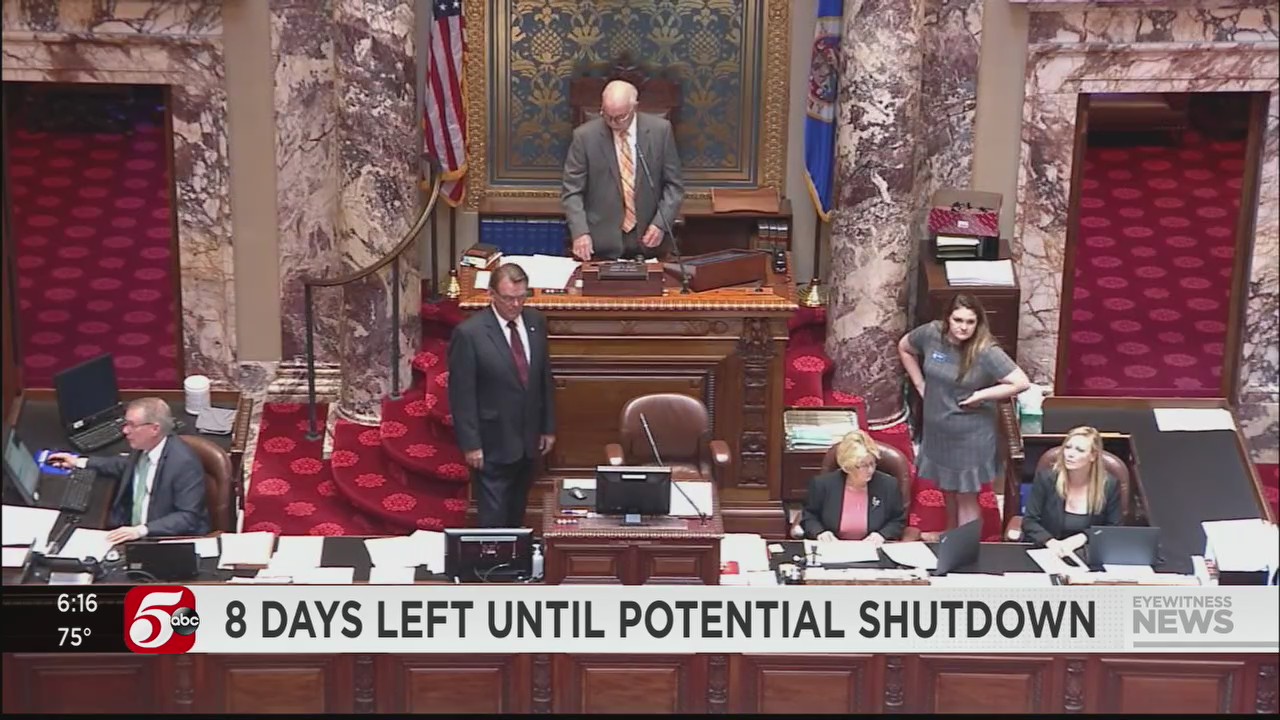 The Republican-controlled Senate did agree to more than $200 million in new funding for some road and bus rapid transit projects. There is also money for state trooper body cameras, including for those who patrol the State Capitol complex. The bill also funds new cameras for all 12,000 school buses in Minnesota to catch drivers who violate safety laws around buses.

"I think it’s a big deal and I think it’s going to save the lives of some kids in the future," said Sen. Scott Newman, R-Hutchinson, chairman of the Senate Transportation Committee.

A jobs bill is also making its way through the legislature that could include $250 million in pandemic frontline worker bonuses. However, details need to be worked out on who would qualify and how much each worker could get.

The bill does not include other new benefits for workers, like earned sick and safe time or emergency leave. Despite demonstrators outside the Senate chambers on Tuesday, Republicans also stripped a provision from the bill that would provide new safety measures for refinery workers.

Some of the most contentious bills are still days away from votes on the House and Senate floors, including the massive health and human services bill and the public safety bill, which will include some police reform.

DFL House Speaker Melissa Hortman said because of police reform, the public safety funding bill will likely be the last and toughest bill to finish.

"It’s an emotional issue," she said Tuesday, alluding to the George Floyd murder in Minneapolis last year. "We are the epicenter … it’s important we get this right."

Lawmakers have until June 30 to reach budget agreements or risk a partial government shutdown.