The art of the political filibuster is alive and well on the floor of the Minnesota House of Representatives. Members of the Republican minority caucus began debating an Omnibus Commerce, Climate and Energy Policy and Finance bill at 10 a.m. Thursday and were still going over eight hours later. The first several hours were actually devoted to debate solely on whether the bill should be re-referred to House Commerce, Climate and Energy Committee.

"The minority’s actions on this floor will not stop us from passing a bill by July 1," a clearly frustrated DFL House Majority Leader Ryan Winkler said. "Members, we are very close to July 1st. We have a couple of weeks to pass a $52 billion budget. The time for debate on amendments has passed."

Nearly 30 Republican amendments await after the lengthy debate over re-rereferral. GOP Minority Leader Kurt Daudt makes no apologies after his caucus was shut out of nearly all budget negotiations.

"How dare you stand at your microphone and say we’re trying to delay or block a state budget," Daudt said in a toe-to-toe political sparring match with the majority leader. "The reality is you didn’t get your work done during the regular session and your work isn’t done right now."

After the debate ends on re-referring the bill, which is likely to fail, House Republicans will debate the amendments to the bill. Among them is an amendment to continue the health care reinsurance program they say will keep Minnesotans in public insurance programs from seeing big premium increases next year. 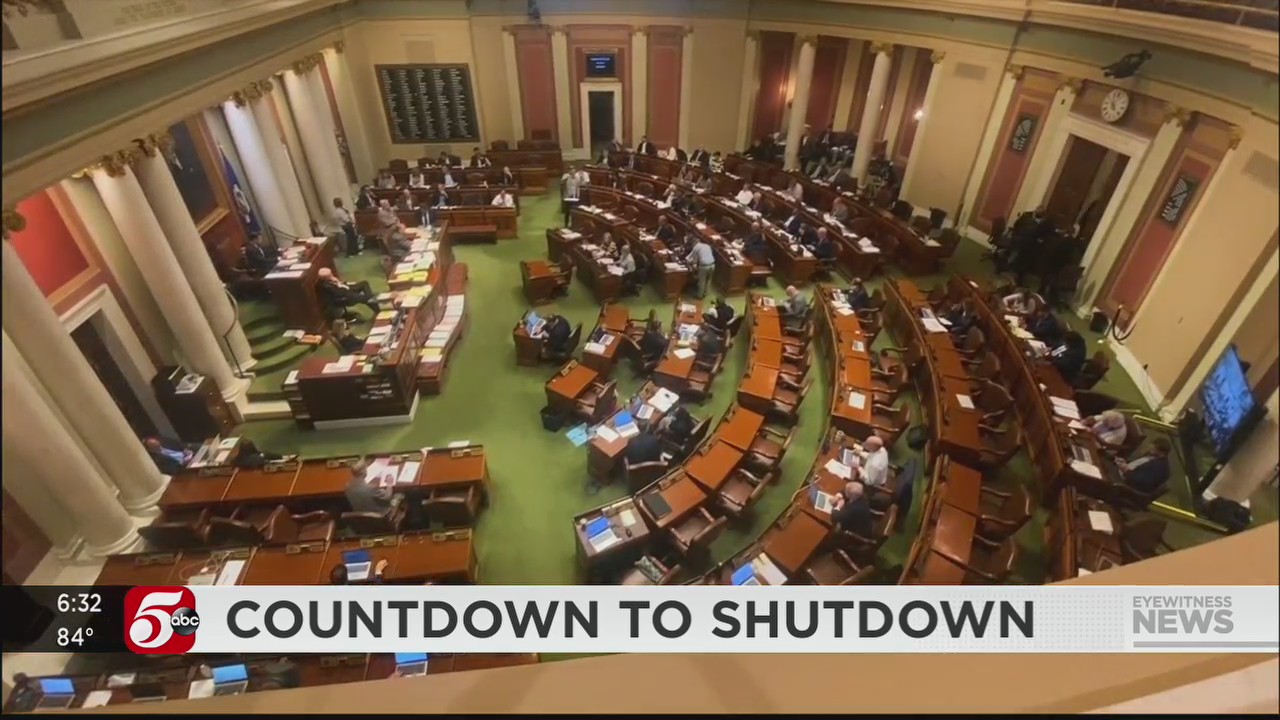 They have another 30 amendments to three other budget bills that are also ready to go.

"The only thing standing in the way of this budget getting passed at this point in time is the actions of the minority caucus in the Minnesota House," Winkler said.

"We are in a special session because you could not compromise," he said of House Democrats.

Meanwhile, the Republican-controlled Senate debated the commerce and energy bill, higher education, agriculture and legacy funding bills Thursday in just a few hours. However, all three bills have been laid on the table because they can’t be voted on until they’re passed and sent over from the House.

Lawmakers have until June 30 to pass a budget or face a possible government shutdown.