Legal expert weighs in on jury questions in State vs. Potter

Two key questions were asked by the jury in the Kimberly Potter trial Tuesday that gave a window into how deliberations are going.

Tuesday marked the second day of deliberations; the jury was handed the case just before 1 p.m. on Monday.

Potter is charged with first- and second-degree manslaughter in the April shooting death of Daunte Wright. Potter says she meant to draw her Taser, not her firearm.

During the second day of jury deliberations, the jury mostly stayed behind closed doors until about 4 p.m. when it presented Judge Regina Chu with two questions:

1. If the jury cannot reach a consensus, what is the guidance about how long [to deliberate] and what steps should be taken? 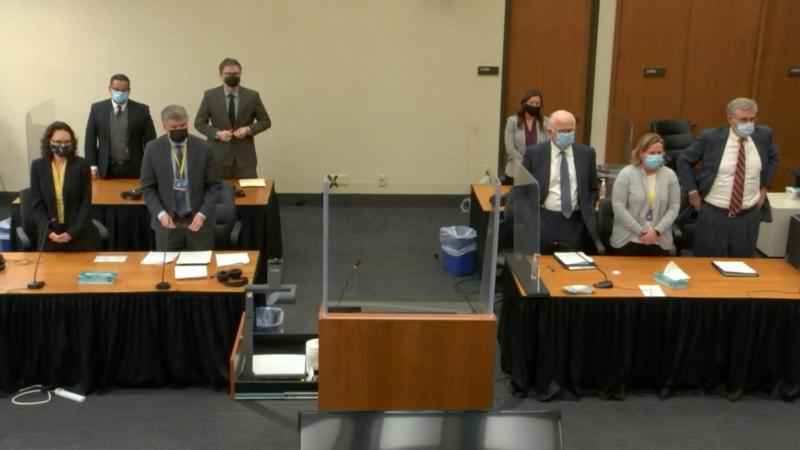 In response, Judge Chu re-read part of the jury instructions.

“You should discuss the case with one another and deliberate with a view toward reaching an agreement,” Judge Chu said to the jury.

“If you can do so without violating your individual judgment. You should decide the case for yourself but only after you have discussed the case with your fellow jurors and have carefully considered their views. You should not hesitate to re-examine your views and change your opinions if you become convinced are erroneous,” Judge Chu added.

Defense attorney Jack Rice — who is not connected with the Potter trial — says this was a big moment for Potter’s defense.

“The longer they take, the more they fight, the more people dig in, and make the decisions that they make, the more likely it is for a not guilty verdict,” Rice said. “There will be some people in this jury who may say, ‘I will not convict her no matter what you do and I will stay in these deliberation rooms into 2022 – let’s go.’ If I’m defending, that makes me very, very happy."

2. Can the zip ties be removed from exhibit 199, Potter’s gun, so that it can be held out of the evidence box?

She told the jury a deputy would remove the zip ties and after they were done with the gun, it would be returned to the deputy to be zip-tied again to the box. Judge Chu also said the gun will not be loaded and fully secure.

Rice said this question bodes well for the state.

“This is in a very controlled environment,” Rice said about the jury handling Potter’s gun in the deliberation room. “[That] cuts against what the defense was doing, which was saying, ‘it doesn’t matter how you’re trained, it’s totally different in the field,’” he added.

“If I’m the defense attorney in this case, that makes me nervous,” Rice said.

Heading into day three of deliberation, Rice expects the jury to be exhausted and will start to feel pressure to get to a verdict.