The state rested its case Thursday in the trial of former Brooklyn Center Police Officer Kimberly Potter. As her attorneys Earl Gray and Paul Engh started presenting her defense, they focused on her character.

“She was always there to help you or help deescalate the situation,” said Thomas Hall, Potter’s friend.

“She is well respected and very peaceful and she was very professional,” said Smith.

Former Brooklyn Center Police Chief Timothy Gannon testified as well. Gannon was in the top position when the shooting happened but resigned two days later. In the aftermath, he characterized the incident as an “accidental discharge.” 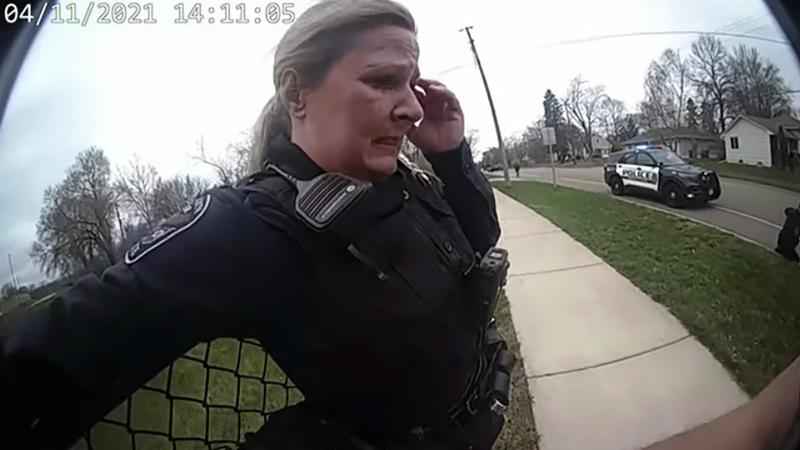 In this screen grab of police bodycam video shown in court on Friday, Dec. 10, 2021, former Brooklyn Center police Officer Kim Potter reacts after a traffic stop in which Daunte Wright was shot on April 11, 2021.[Court TV, via AP, Pool]

“I believe one of the reasons that I was required, or requested, to leave the agency was because I would not immediately fire Kim Potter,” he told the jury.

When Gray asked him whether Potter’s conduct was consistent with her BCPD training, Gannon replied, “When I viewed both camera angles and had all the data in front of me, I saw no violation […] no violation of a policy, procedure or law."

“The biggest thing I kept wondering was will the jury care about expert witnesses disagreeing with each other? Will that matter?” said Friedman. “Will they be moved one way or the other by experts?”

The defense called use-of-force expert Stephen Ijames to the stand on Thursday. He testified Potter’s perceived use of a Taser was consistent with police training and practice.

The previous day, the state’s use-of-force witness, Seth Stoughton, offered the opposite opinion. Stoughton told the court, “The use of a Taser under the circumstances was unreasonable and inconsistent with generally accepted practices.”

“Minnesota has a specific jury instruction on how the jury is supposed to handle expert witnesses. It talks about them being an expert in the field but that doesn’t mean they’re right, that it’s applied to common sense” explained Friedman. “It’s saying it’s important but there’s a little bit of minimization to the instruction, that you still got to use your common sense that situation.”

The defense plans to call two witnesses on Friday. When Judge Chu shared this information with the jury, she didn’t provide the names of the jurors.

Potter confirmed to Judge Chu earlier in the morning that she plans to take the stand and it’s expected she’ll testify on Friday.

“I’ll be looking for how sympathetic and compassionate is she towards the victim’s family,” said Friedman. “Is she able to look at them? If she talks about how she lost her job or she’s doing this or this happened to her, it’s the wrong approach. She has to demonstrate this compassion.”