Kueng and Lane were the first to respond to Cup Foods on May 25, 2020. Body camera footage shows how they removed George Floyd from an SUV and walked him over to a squad, struggling to get him into the vehicle. Tou Thao arrived on the scene with Derek Chauvin while that was ongoing.

As the minutes passed, the different camera angles captured the officers placing Floyd in the prone position, with Lane at his legs and Kueng at his back. Thao’s attention appeared to alternate between the bystanders and the former officers. 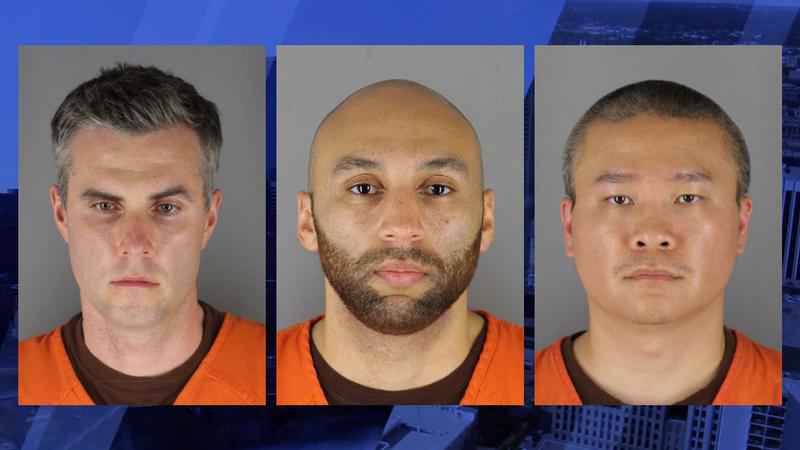 "It’s going to be a lot longer trial," said Joe Friedberg, an experienced attorney unaffiliated with the case. "They have to prove that the other three officers knew what Chauvin was doing and intended to help him commit a felony. And that’s just a higher burden of proof."

Friedberg said while it’s likely many of the same witnesses will be called in the upcoming trial, there will also be differences.

Attorney General Keith Ellison assembled a team of attorneys for the Chauvin trial, including Jerry Blackwell and Steve Schleicher, who both joined the case pro bono.

"I don’t know if the state is going to put together the same resource sources for the second trial," Friedberg said. "From the defense side, you’re going to see three very professional, extremely aggressive criminal defense lawyers representing these police officers. The trial will not look similar at all, there will be objections ringing out the judge will have to repeatedly rule."

During Chauvin’s trial, prosecutors addressed the actions of all three former officers and noted how Lane asked whether they should turn Floyd over.

Schleicher asked use-of-force expert Seth Stoughton, "What was the significance of that?" with Stoughton responding, "It would indicate to a reasonable officer at least one person there did not feel that Mr. Floyd presented the level of threat that required them to keep him in a prone restraint position."

We asked Freidberg how the characterization of Lane’s actions in Chauvin’s trial could play out in August.

"What Earl Gray, who is going to be representing Lane, what he and the others have to be aware of is, to a degree, the defenses they were following orders of a senior," he said. "But you can’t fall into what is referred to as the Gestapo defense — ‘I was just following orders’ — because you do have a free will."

"And tell this jury what it is they were thinking and how they never appreciated the risk to Mr. Floyd and how they inquired as is something going wrong here and we’re told by a senior officer, ‘No, this is what we’re supposed to do,’" said Friedberg.

State prosecutors are seeking to have a third-degree murder charge instated for all three former officers. The Attorney General’s Office told 5 EYEWITNESS NEWS there will be a Court of Appeals hearing on the issue on May 20.