In his first appearance before a federal judge Tuesday, prominent Minnesota GOP donor Tony Lazzaro pleaded not guilty to a number of child sex trafficking charges.

In Tuesday’s hearing, a Minneapolis police officer who is a member of the Minnesota Bureau of Criminal Apprehension’s Human Trafficking Task Foce described Lazzaro as a "sex buyer."

The officer testified that Castro Medina acted as the recruiter to get girls ages 15-17. The officer listed an expensive purse, money, makeup and cell phones as items the girls were given in exchange for having sex with Lazzaro.

Court documents show federal agents raided Lazzaro’s apartment last December, but in court the officer on the case testified that Lazarro had been on their radar since last July, when a teen and her family reported a tip to the authorities. 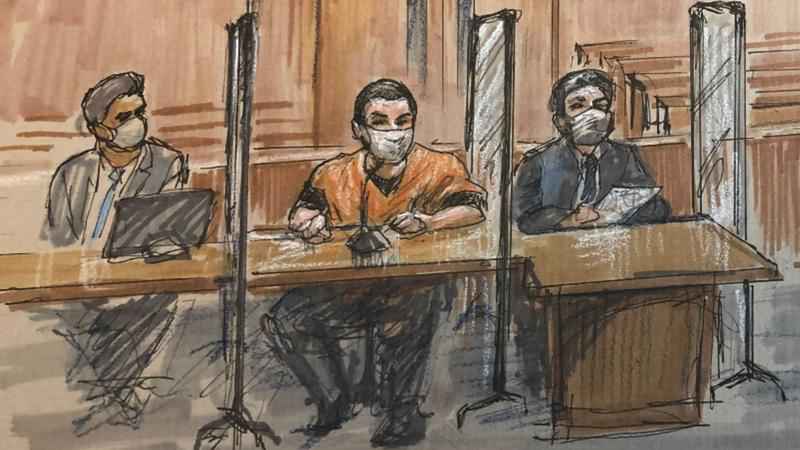 Also in Tuesday’s proceedings, Magistrate Judge Hildy Bowbeer, who is presiding over the case, denied a motion from the defense to release Lazzaro on bail until the trial, citing the severity of the alleged crimes.

In a filing entered into the court record on Tuesday, defense attorney Zachary Newland cited his client’s Eighth Amendment right to release on bail, claiming Lazzaro is an "upstanding member of the community" who operates multiple businesses and poses no threat to the public.

"Mr. Lazzaro is by all accounts a law-abiding citizen, contrary to the serious allegations in the Government’s charging document," the filing states. "To keep Mr. Lazzaro in jail pre-trial is to effectively shut down those businesses and force his employees out of a job."

Newland asked the court to release Lazzaro on bond to his three-bedroom, 2,208-square-foot luxury condo at Ivy Tower in downtown Minneapolis with round-the-clock camera surveillance and GPS ankle monitoring in place.

The filing claims the public cannot access the elevator that leads to Lazzaro’s 19th-floor residence without walking past the front desk, which is monitored by a desk clerk 24 hours a day. Visitors need to check in with the front between 8 a.m. and 8 p.m., and outside those hours the elevator can only be accessed with an electronic key fob. The elevator also has a camera inside.

There are three cameras already installed in Lazzaro’s condo, as well as a Ring camera doorbell at the front door. Newland proposes the installation of two more cameras and a keypad with a biometric thumbprint authenticator to access the apartment and biometric locks on other areas of the home where cameras aren’t installed, such as the bathrooms and laundry room.

"Taking the cameras together with the recommended use of bio-metric locks on areas where Mr. Lazzaro cannot go inside the home Mr. Lazzaro will be living inside a real-life ‘Truman Show’ scenario," the filing states.

The defense paid a former FBI agent to do a security assessment of Lazzaro’s apartment. That former agent testified in support of the video monitoring plan Tuesday.

They also called a business partner who met Lazzaro at a political event, who told the judge he’d trust Lazzaro around his children.

Newland also proposes that Lazzaro not be allowed access to internet-capable devices without prior approval and only be permitted to use the internet for work, communicating with attorneys and for watching TV — excluding "adult entertainment." Other conditions include regular drug and alcohol testing and no contact with minors.

In the case home confinement was not acceptable for the judge, the filing also floated the possibility of having Lazzaro stay with his mother in California and having her serve as a third-party custodian.

Lazzaro has been in custody at the Sherburne County Jail since his arrest on Aug. 12.