Some in law enforcement are criticizing a new policy in Brooklyn Center that bans arrests for certain low-level crimes.

The policy is part of a larger resolution introduced after the officer-involved shooting death of Daunte Wright during a traffic stop in April. Former Brooklyn Center police officer Kim Potter is set to stand trial on manslaughter charges in November.

The "citation and release" policy the city enacted Tuesday states that officers handling misdemeanor offenses "must, in lieu of arrest, approach the person in a professional and respectful manner consistent with the Department’s Conduct Policy, issue a citation or refer the matter for charging consideration, and allow the person to leave." 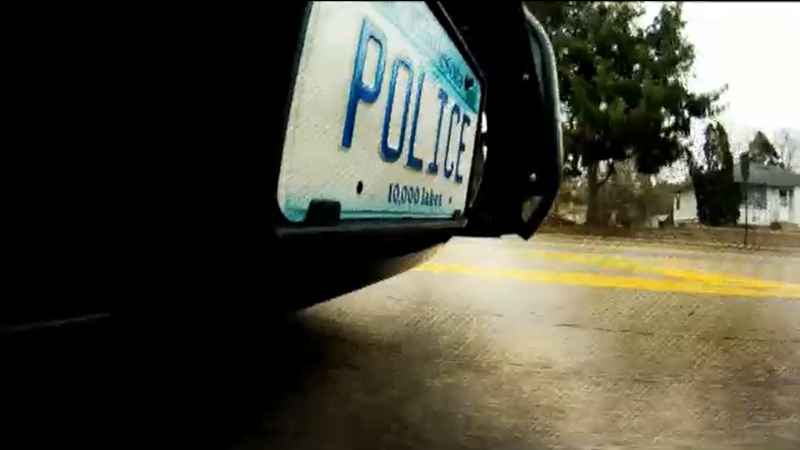 It allows some exceptions for an officer to make an arrest, including if the person is involved in criminal sexual conduct or violence against a juvenile or vulnerable individual, poses a threat to people or property, the alleged offense involved dangerous weapons or the person has a warrant for arrest.

The city manager said the policy applies to misdemeanors and some gross misdemeanors but does not apply to felony offenses.

5 EYEWITNESS NEWS asked for an example of when the policy may come into play. The city manager responded: "For example, the Police Department get dispatched to a homeless person sleeping in an apartment complex who has been previously trespassed. Instead of arresting the person we issue a citation and offer homeless services which could be a ride to a shelter, or a ride to a food shelf or other social service."

One bullet point of the memo reads: "It’s possible that some exaggerations or some inaccuracies might be made during this conference. I am not saying that to be disparaging, but to merely point out the fact I am giving you the actual document we worked on and which the city manager signed off on."

The memo goes on to say: "All along we have stated we have cite and summons policy that we all follow in letter and in spirit and this effort isn’t needed. It fell on deaf ears."

The interim chief also suggests the new policy will not change much in terms of their operations, stating: "Commander Gabler, Nate and Brian Loots examined all of our misdemeanor, gross misdemeanor’s and felonies for the previous 5 years and they discovered that in .07% of the time this policy would have allowed someone to be released instead of being held in custody."

The memo concludes with the chief explaining why he did not attend Tuesday’s news conference: "To be perfectly transparent, I was invited to this press conference but I politely declined. One of the many reasons I declined is we did not play an active, equal role in crafting this and I did not think it would send the right message if I attended. In closing, in the near future, we will be implementing this policy after we have made the necessary changes. But, we don’t think this will have a major impact on day to day operations as we already do most if not all of these things already."

The Minnesota Police and Peace Officers Association, which represents more than 10,000 public safety officials in Minnesota, echoed some of the chief’s concerns Friday.

"It’s a very small policy change but yet the illusion is that it’s going to make this grand difference," said MPPOA Executive Director Brian Peters.

Peters said he is intimately familiar with the Brooklyn Center Police Department, working as a police officer there for many years, eventually serving as a commander in the department.

He said, in most of the misdemeanor cases described under the new policy, officers do not typically make arrests anyway, so the policy does not change much about the department’s existing protocols and procedures.

"I think politics is coming into play," Peters explained. "The mayor has been asked why isn’t this implemented yet so now he’s trying to hurry up to show the public that what he promised is going to happen but behind the scenes, pull back the curtain, there’s not much there."

When asked what will be different with the policy, the city manager provided this statement: "It essentially eliminates some of the ambiguity and directs police officers to apply it to those two levels of crimes. The emphasis is on alternate forms of enforcement rather than arresting an individual for a non-violent, low level crime."

Peters also noted concerns about removing an officer’s discretion in how to handle a misdemeanor offense.

"I would say, be careful what you wish for because sometimes low-level offenses lead to much higher level offenses. For example, a stop was made in Chisago County that led to a murder suspect," Peters explained.

Peters urged city leaders in Brooklyn Center to bring law enforcement to the table before deciding on some of the bigger police reform measures on their agenda, including the proposals for an unarmed traffic enforcement division and crisis teams replacing officers on mental health calls.

"One thing I’ve learned about politics is sometimes we have an idea and we want to implement that idea without understanding maybe the downstream effect or ramifications, so we don’t do it right. We want to jump ten steps forward instead of trying to plan everything out. I believe that is what is being done here," Peters said. "As a leader, you need to be patient and you need to bring the stakeholders in, to include the police department, to include the union and actually work it out. And that hasn’t happened."

5 EYEWITNESS NEWS asked Brooklyn Center city leaders if they have any reaction to these critiques but they have yet to respond.