A suspect is in custody after a White Bear Lake police officer was wounded by gunfire Tuesday night.

White Bear Lake Police Chief Julie Swanson said in a release Wednesday that the incident started when officers went to an apartment in the 3100 block of Karth Road just before 9:30 p.m. for an outstanding domestic assault warrant.

When officers tried to arrest the man on his warrant, gunshots were fired and an officer was hit three times in the midsection, Swanson said.

That officer — who has not yet been publicly identified — was taken to a hospital where he underwent surgery. He was in stable condition Wednesday afternoon.

After the shooting, officers and the suspect — identified by police as 33-year-old Daniel Holmgren — were engaged in a standoff for several hours. The Ramsey County Sheriff’s Office says the SWAT team threw gas into the apartment with the help of a robot. Eventually, Holmgren crawled toward the doorway and was arrested at around 2 a.m. Wednesday.

Holmgren’s mother told 5 EYEWITNESS NEWS her son has struggled with mental health for years and family members have had trouble getting him help. She added that White Bear Lake police knew her son well and showed their hearts when dealing with him. 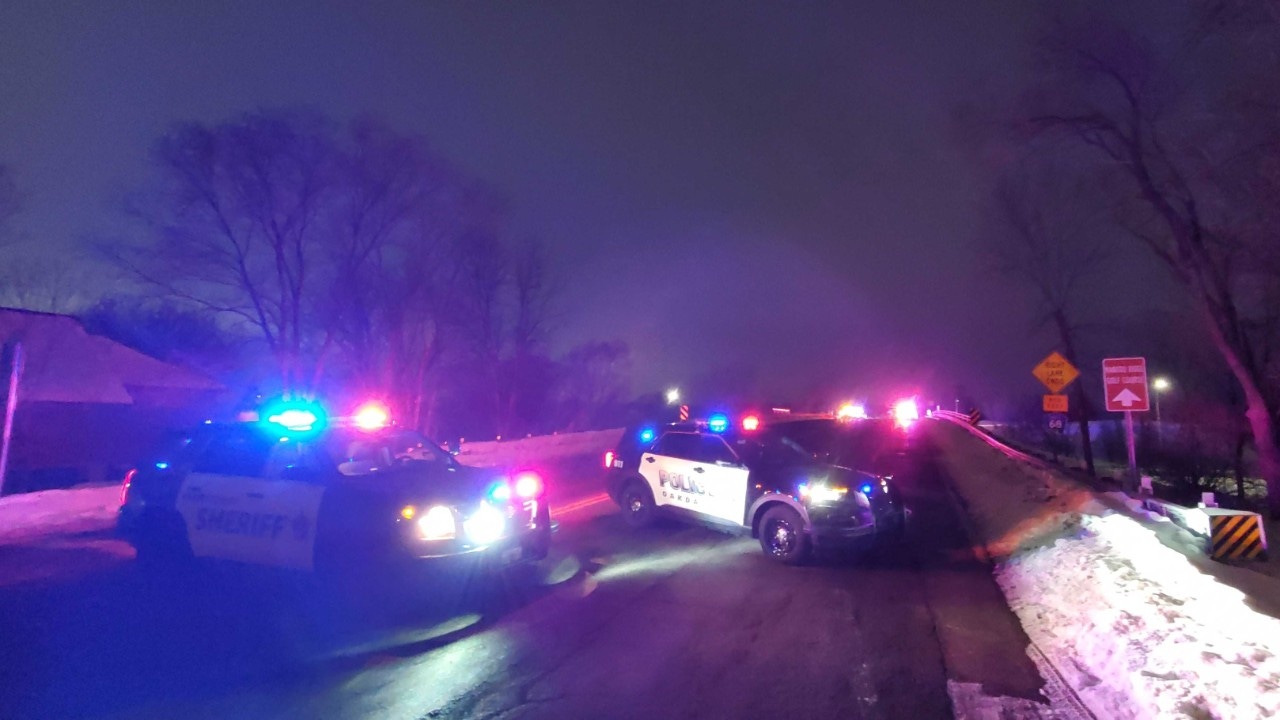 Officers had blocked off much of the neighborhood, with some people living in the apartment complex having to stay out while everything unfolded during the night. Some of them took shelter inside a Metro Transit bus or found another place to go.

“You could hear people like running or whatever, and so then I said, ‘what’s going on,’ and the cop was coming back down, and he said, ‘You have to evacuate, there’s been a shooting,'” said Sharon McNellis, who lives in the apartment complex. “We were worried about so many people — my two cousins are on the first floor right by the office.”

After several hours, residents were able to return to their homes.

“I’m very thankful for all the police officers that were here, for keeping us safe,” Licht said Wednesday.

The Minnesota Bureau of Criminal Apprehension (BCA) is handling the investigation.

The identity of the officers involved is expected to be released at a later time.

As of Wednesday afternoon, Holmgren hadn’t been formally charged for the shooting. His family said they’ll share more about their ordeal at a later time.