In stark contrast to the Minnesota governor’s race showing Gov. Tim Walz with a huge lead, three other DFL candidates holding statewide offices are clinging to slight leads against GOP challengers with many undecided voters.

All three DFL incumbents — Attorney General Keith Ellison, Secretary of State Steve Simon and Auditor Julie Blaha — are below 50% support, and one is even under 40%.

The other two statewide races are even closer. 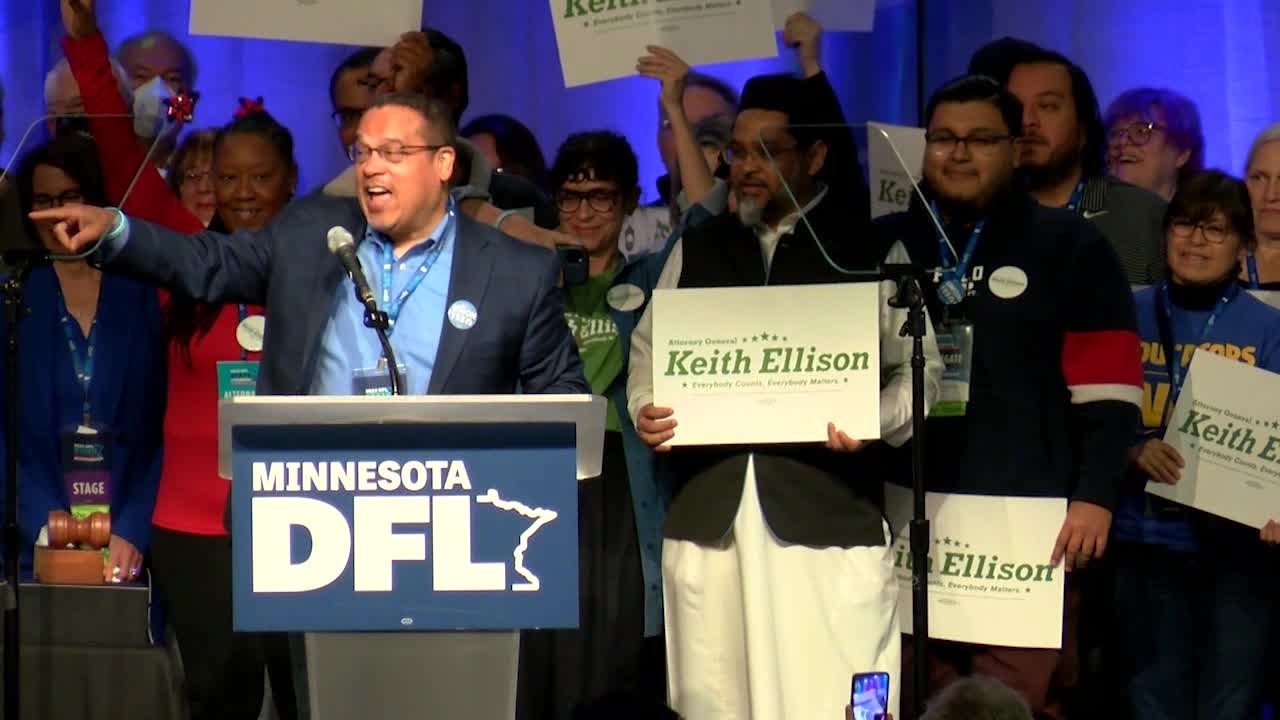 In the race for secretary of state, Simon leads by 4 points, 42% to 38%, over Republican Kim Crockett. Another 20% are undecided.

“It’s striking that Simon has only a 4-point lead with only 42-point support,” Schier says. “Republicans have tried to claim the mantle of election integrity. Kim Crockett has been arguing that, and to the extent that issue is salient and important to voters, it’s helping her.”

Finally, the race for state auditor, the lowest-profile race, is the closest. Blaha leads by just 1 point, 38% to 37%, with 23% undecided.

“If you look at the survey, there’s an equal number of Republicans and Democrats,” Schier says of the overall poll results. “Then you look at the state auditor’s race which people know very little about and it’s basically tied. That tells you that Republicans have opportunities here if they’re able to campaign effectively.”

SurveyUSA interviewed a representative cross-section of 775 Minnesota adults online from Aug. 30 through Sept. 4 using a sample provided by Lucid Holdings, LLC of New Orleans. Of the adults, 657 were registered to vote. Of the registered voters, 562 were identified by SurveyUSA as being likely to vote in the November 2022 general election and were asked the questions which follow.

The pool of adult survey respondents was weighted to U.S. Census targets for gender, age, race, education, and home ownership.

Among the poll respondents, 35% identified themselves as Republicans, 35% as Democrats and 26% as independents.

Read the full survey results below.