KSTP/SurveyUSA: A report card on how we did

Let’s make one thing clear from the start: Election polls are NOT predictions. However, they can provide a good picture of where a political race stands at various points in time if multiple polls in the same race are conducted. From that standpoint, our KSTP/SurveyUSA polls were fairly accurate in 2022, especially in races where there was not a large number of undecided voters a week before Election Day.

Our most accurate reflection of an actual election result was the Minnesota governor’s race. Our poll dated Oct. 31 showed Democratic Governor Tim Walz leading Republican Scott Jensen by eight percentage points, 51% to 43% with only 4% undecided. When the votes were counted, Walz won 52% to 45%, a margin of seven points.

“SurveyUSA had the final margin just about perfectly nailed and also the actual percentages that the candidates got were close to accurate,” says Carleton College political analyst Steven Schier.

In the Minnesota Secretary of State race, our final KSTP/SurveyUSA poll had Democrat Steve Simon leading Republican Kim Crockett 47% to 41% with 12% undecided. Ultimately, Simon and and Crockett seemed to split the undecideds with Simon pulling away to win by 10 points, 55% to 45%.

A large pool of undecideds also played a big role in the two races where our polling did not reflect the eventual winner. In our final poll of the attorney general’s race, we showed Republican Jim Schultz with a seven-point lead, 49% to 42% and 9% undecided. On election night, Schultz did get just over 49%, but Ellison surged to just over 50% by capturing most of the undecided voters. “The undecideds all heavily went to Keith Ellison and explains his narrow victory,” Schier said after reviewing the final election results and our polling. 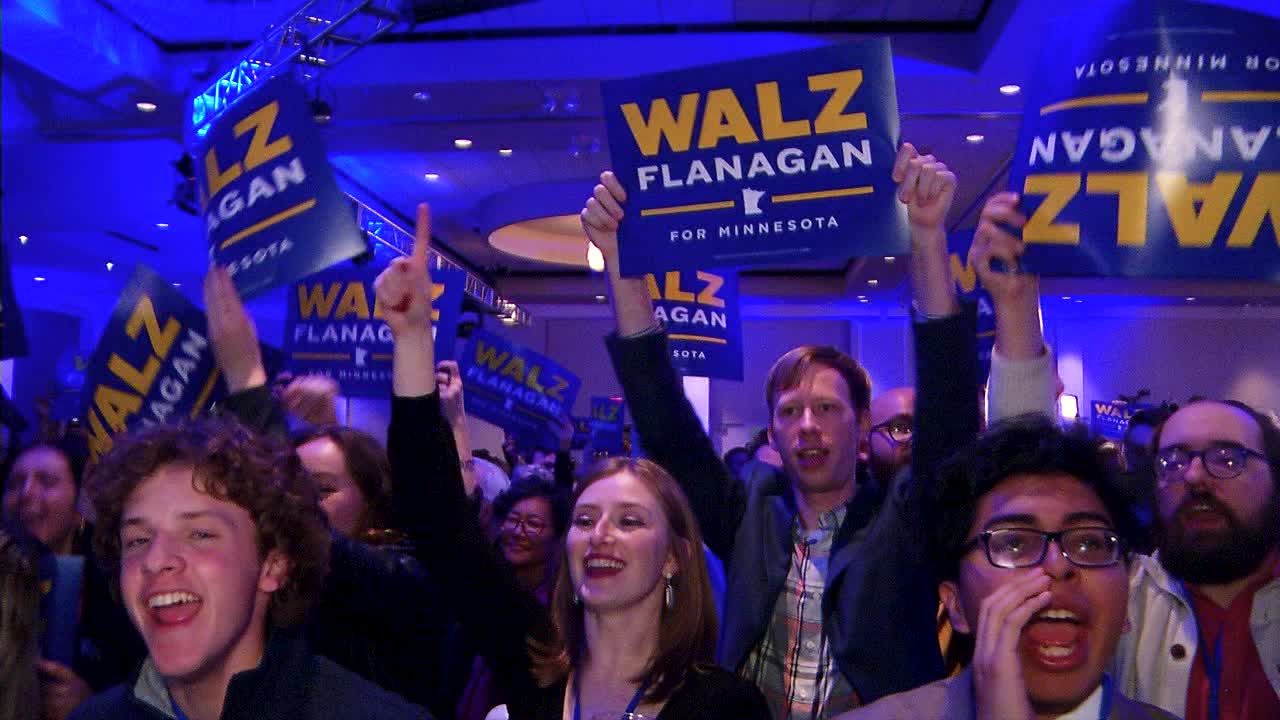 A similar story played out in the race for state auditor where our last poll showed Republican Ryan Wilson leading Democratic incumbent Julie Blaha 44% to 39% and a whopping 14% undecided. The final tally of votes showed Blaha with 47.47% to Wilson’s 47.13%, a margin of about one-third of 1% as Blaha benefited from earning most of the undecideds.

In the two congressional races in which we conducted polls, our results accurately reflected the winners, if not the precise margins. In the 1st District race in southern Minnesota, our only poll in October showed Republican Brad Finstad leading Democrat Jeff Ettinger by a nine-point margin, 46% to 37% with 10% undecided. The final result: Finstad won by 12 points, 54% to 42%. In the 2nd congressional district, our mid-October poll showed Democrat Angie Craig leading by one point over Republican Tyler Kistner, 46% to 45%. In that race, Craig won by five points, 51% to 46%.

“There is always undecided (voters)  in the last pre-election poll and they’re going to go one way or another and you can’t always be certain how they will go which helps to explain why pre-election polls are not precisely accurate,” he said.

In all, four of the six races surveyed by KSTP/SurveyUSA accurately reflected the ultimate winner. The two other races where the leaders in the final poll didn’t win did end up being the two closest statewide races in Minnesota since 2008, when Democrat Al Franken beat Republican Norm Coleman in a U.S. Senate race by 312 votes, or .01%.