Since July 23, America’s largest river has been home for kayaker Manny Forge.

“The adventure of it, yes. You know, life is short,” Forge says. “I’ve walked across America, I’ve ridden a bike across America. This is kind of the big way to see the country.”

Forge’s latest adventure began in Minnesota: to paddle more than 2,300 miles south, from Lake Itasca to New Orleans and the Gulf of Mexico.

“The Mississippi River starts as a creek,” Forge says. “Honestly, I had to walk through that first mile, pull my kayak.”

Along the way, he’s been documenting his journey on TikTok.

Through fair weather and foul — a chance to see the river as few of us do.

“There’s been some obstacles along the way, a lot of surprises, a little bit of rain, but I’ve been pretty happy the whole time,” Forge notes.

The 32-year-old from Cleveland, who remodels homes for a living — now has 250,000 TikTok followers.

That meeting would prove fortuitous, after Forge had an unpleasant surprise just days later.

He says last Friday, he had stopped under the Highway 24 bridge and left his gear to go into town to get his cell phone fixed.

It did not end well.

“I need your help Minnesota, I’m under a bridge here in Clearwater,” he told his followers. “When I came back, somebody had stolen my important stuff. So my tent, my sleeping bag, solar panels, water treatment stuff. I still got the boat. They didn’t take the paddle.”

“I take some of the responsibility,” Forge says. “I could’ve covered it up better. In a pinch, I needed to get to town to dry my phone out.”

But now — he was in a jam — and appealed to his followers for help.

“I need a ride from Clearwater to the Cities…” he posted.

Campbell — and others, were watching and listening.

“I met him in Clearwater,” the former mayor says. “And while I was waiting, two other people showed up and then a third person showed up willing to take him wherever he wanted to go.”

Campbell says he drove Forge to a Scheels store in St. Cloud — where it turns out, several employees — and customers were avid TikTok fans of the kayaker.

“Mike, our camping director who actually dealt with him directly, has been following him since the beginning of his journey,” recalls Jeremy Springer, a store associate. “So he was actually super-excited when he came into the store.”

“They recognized him immediately and he added them into his TikTok,” store associate Cameron Martin says. “So there was tons of customers interacting with him, asking about his journey, and that was great to see.”

Forge says within hours, he was back on the river, geared up and ready to go.

Campbell adds he thinks maybe the kayaker was a bit overwhelmed by the generosity of Minnesotans — but in a good way.

“I think this shows there are people out there willing to help, to help somebody in need, and get them back on track,” he says. “I think it’s something we all should do to help people out. It doesn’t take that much.”

Forge says he’ll be staying in the metro until Friday.

His plans include a visit to the State Fair before heading back out on the river, launching from the boat dock at Fort Snelling State Park.

His long-term plan is to reach New Orleans by October.

Meanwhile — Forge says he grateful for those who helped him continue his journey.

“I’m just relaying on the kindness of strangers and the good faith I’ll have my health and keep going,” he declares. “Minnesota is full of good people. The good people outweigh any of the bad things that happened. Whenever you have a goal in mind where you want to go, people just rise to the occasion again and again and again — and you’ve got to let people do good things.”

You can find the link here. 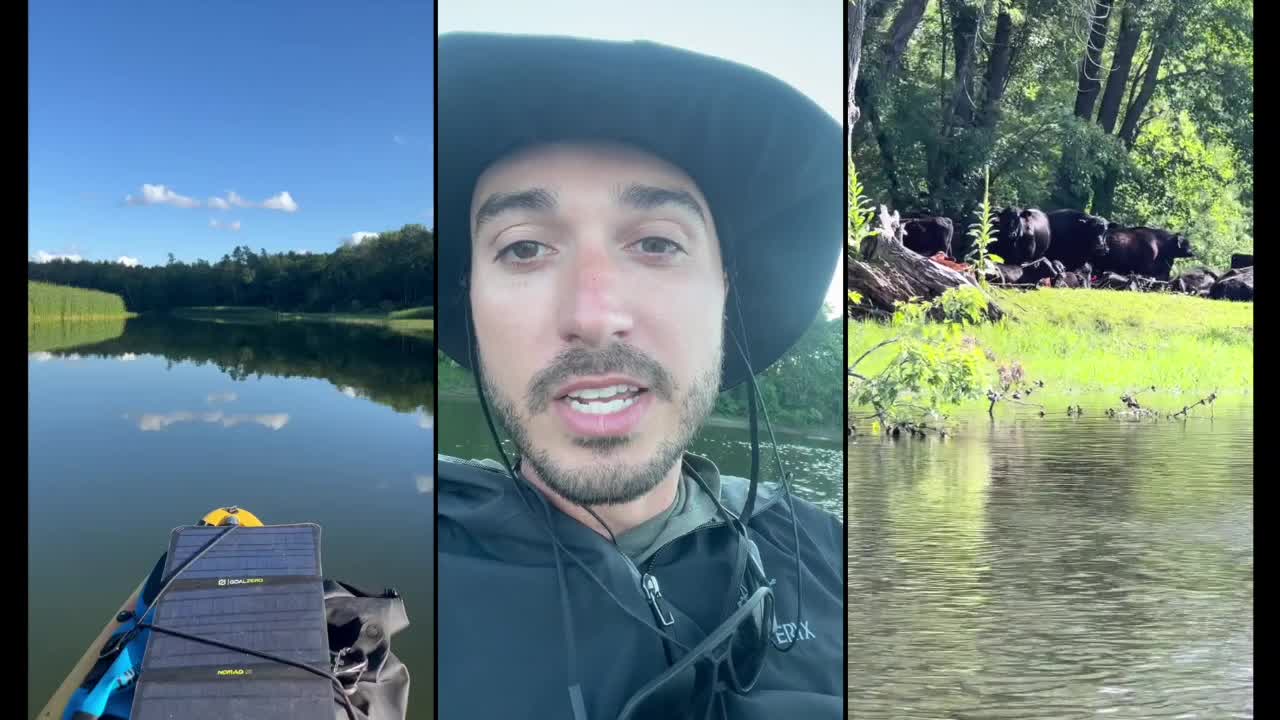 A TikTok famous kayaker is helped after his equipment is stolen during a journey on the Mississippi River (Courtesy: notwaitingtolive)