Only five people know exactly what happened in the seconds before Terrance Franklin was killed in a basement in South Minneapolis. All five are police officers. They say Franklin tackled one officer, punched another and grabbed one of their guns during a scuffle. They say the burglary suspect then fired off two rounds before Ofc. Lucas Peterson returned fire in a dark laundry room nearly eight years ago.

Peterson was eventually cleared of any wrongdoing by internal investigators.

But when Franklin’s family sued the city arguing that Franklin was shot while trying to surrender, Peterson’s story and credibility were called into question, in part, because he had a complicated history when it came to telling the truth.

“The fact that that shooter had such a sordid history really helped our theory,” said Michael Padden, the Franklin family’s attorney who worked the case for more than five years.

Padden and Franklin’s family settled with the city last year for nearly $800,000. 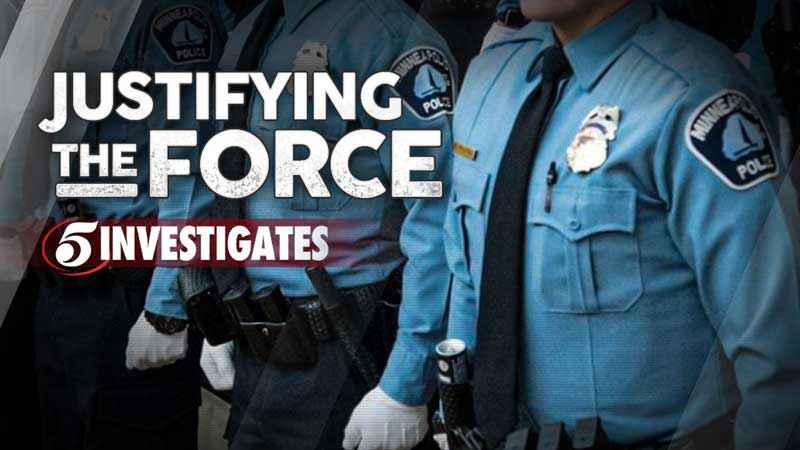 Court documents and internal police records in that case, as well as dozens of other cases reviewed by 5 INVESTIGATES, reveal a troubling reality for a department desperately trying to restore the community’s trust after the death of George Floyd; There are officers still in uniform today whose damaged credibility could make them a liability not only in the court of public opinion but also the court of law.

“Obviously, it’s not helpful to the defense’s litigation,” said Jim Rowader, the new city attorney in Minneapolis. “We need our witnesses to be truthful and we need our officers to be truthful in everything they do.”

In addition to defending the police department against lawsuits, Rowader will play a more active role in future internal affairs investigations after the city reformed that process late last year.

During a press conference announcing those changes in December, Rowader suggested that he will pursue additional consequences if it comes out in litigation that an officer had been misleading or untruthful about their use of force.

“I’m not so sure that’s something we’ve focused on in the past but it’s certainly something we’re going to focus on going forward,” he said.

Last year, 5 INVESTIGATES found the city has paid out millions of dollars to settle cases in which officers were accused of falsifying a police report, omitting key details or failing to report their use of force altogether.

In several cases, video evidence was found that directly contradicted the officers’ version of events, including a case involving Lucas Peterson.

Peterson arrested a woman for obstruction of justice in 2006, writing in his report that she jumped on another officer’s back during a traffic stop.

He was unaware that security cameras recorded the entire stop and showed that the woman never actually interfered.

5 INVESTIGATES asked to interview Peterson for this story, but his union, the Minneapolis Police Federation, did not respond.

However, in a 2015 deposition obtained by 5 INVESTIGATES, Peterson explained that he arrested the woman based on his “perception” of what happened.

“And then, when the video surfaced, it showed that not to be the case,” Peterson said.

The criminal charges against the woman were dropped. Her lawsuit against the city was not. A federal judge refused to dismiss the case after watching the security footage.

“The video evidence in this case contradicts Officer Peterson’s case report in particular,” the judge wrote.

Despite the fabricated charge and costly payout, Peterson was never suspended.

Instead, he was issued a letter of reprimand and taken out for a cup of coffee with then Chief Timothy Dolan, according to police and court records.

“That guy should have been fired years ago,” said Padden, the attorney who questioned Peterson during the deposition.

But Medaria Arradondo, the current police chief, says firing an officer in such cases isn’t so simple.

“There (are) instances and different situations that have occurred where it was deemed that the employee was not intentionally trying to lie,” Arradondo said at a press conference last year. “They may have forgotten something and then the record was corrected later.”

In Peterson’s case, even video evidence was not enough to support harsher discipline.

His written reprimand, obtained by 5 INVESTIGATES, states “the officer did not intentionally misrepresent the facts but rather inaccurately relayed the facts based on his perception on what had occurred.”

That means, according to MPD internal affairs, Peterson didn’t lie. He simply perceived a different reality than what the video showed.

“That’s just that’s not something that you make a mistake about. You don’t think that somebody got jumped if they didn’t get jumped,” said Rachel Moran, a law professor at the University of St. Thomas. “I don’t understand how that’s anything other than an outright lie.”

“The reason it’s farcical is that there are so many consistent examples of Internal Affairs departments reviewing what seems like fairly obvious misconduct, and finding a way to justify it,” Moran said.

5 INVESTIGATES has been analyzing internal affairs investigations at MPD as part of an ongoing series called “Justifying the Force.”

A review of nearly 100 cases shows a lack of discipline is systemic.

More than a dozen officers have received minimal to no discipline, even when there was clear evidence that they had not been truthful about their use of force.

Not one was fired. Several are still wearing badges.

In one case recently uncovered by 5 INVESTIGATES, a department supervisor “knowingly omitted” details about an officer’s use of force.

Sgt. Christy Nelson did not report that the officer hit a suspect with his car even though the officer had told Nelson he did so intentionally.

When asked why she instead reported that the suspect had fallen into the squad car, Nelson said “That’s what I believe happened.”

She was suspended for a total of 10 hours without pay.

“That’s just an example of protecting their own,” Moran said.

The Minneapolis Police Federation did not respond to a request to interview Nelson for this story. She is still on the force, as is Lucas Peterson.

Instead of being suspended or fired, Peterson was eventually promoted to the SWAT team. It was his SWAT team that would corner Terrance Franklin in the basement in March 2013.

Charles Drago, a former police chief in Florida who was hired to review the case for Franklin’s family, said that by promoting an officer like Peterson to one of the most stressful, high-profile units, MPD was “exposing itself to civil liability.”

To date, records show the city has paid out more than $1.2 million to settle lawsuits involving Peterson.

Peterson was accused of covering Christopher Burns’ face with a pillow, choking him and stepping on his head, according to the lawsuit.

Like in the Franklin case years later, Peterson was cleared of any wrongdoing after he said Christopher Burns had tried to grab his gun.

“That’s hurtful, and that is costing the city so much money,“ Keli Burns said in a recent interview from her home in Chicago.

It’s not clear whether past settlements or questions about Peterson’s credibility played a role in the city’s decision to settle the Franklin case for $795,000 last year. However, it is clear that his history was used to undermine the only witnesses — the officers involved.

Rowader acknowledged such questions will continue to make it more difficult to defend the department against lawsuits involving excessive force.

“Truthfulness and straightforwardness in these internal investigations regarding conduct is going to be paramount,” Rowader said. “It’s not an ask, it’s a requirement.”

But the question remains: Will the department be trusted to make those changes?

“It’s easy to say we have high standards,” Moran said. “What I’m looking for is what do you actually do when you have an officer who’s not telling the truth?”